As mentioned here, this week has been pretty uneventful. That was until a good friend sent me a message informing me of a little surprise… 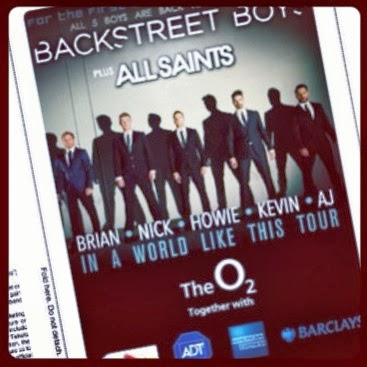 Tickets to see the Backstreet Boys on tour at the O2! Oh yes….January just got a lot better! 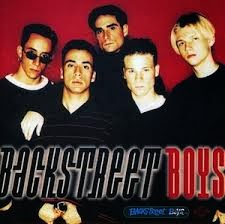 I was a true BSB fan.

Yes I had “I love Nick Carter” etched onto my pencil case.

Yes I was convinced I’d marry him one day and even practiced my name…Katie Carter a zillion times when I was bored, usually in Maths lessons.

Don’t leave me out here on a whim ladies, I know I’m not alone in this one!

When my parents recently decided to spruce up their hallway, they took off the old wallpaper to reveal a rather embarrassing display of this crazy besotted phase with the Backstreet Boys…I can’t actually believe I’m showing this to anyone, let alone putting on the internet…but I have no shame…

I had the t-shirts, the videos (yes those big chunky bricks that everyone tries to dispose of these days), the CDs (we’d swiftly moved on from cassettes by this stage), the sticker collection (don’t ask), the posters and probably anything else that I could get my hands on…old plasters, crisp packets, if it had BSB branded on it, I’d keep it. See…no shame.

Oh and Yes I even stood outside a London hotel for 10 hours in the freezing cold for a ten second glimpse of my hunky hero’s, for them to just enter the building without so much as a signed autograph. The cheek! If twitter was around then, I would have given them a ear full of anger that’s for sure. Good old Twitter, it feels good to have place to vent your anger directly at the culprit for the world to see sometimes. 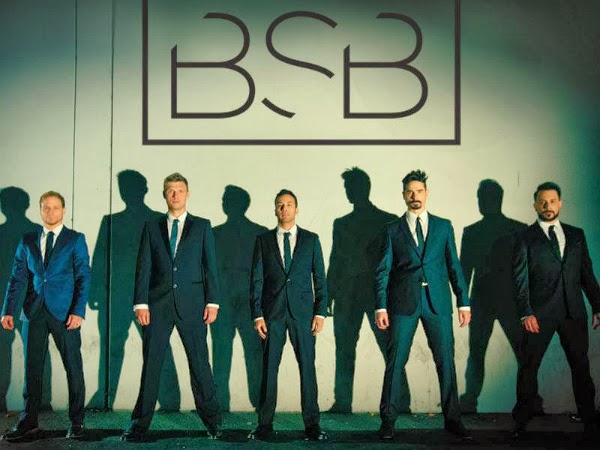 Thankfully I grew out of my boy band stalking days quite quickly, unlike some girlies I know who for a few years, spent most of their spare time and weekends waiting outside hotels, studios, airports and toilets in the hope their crushes would notice them, without receiving so much as a wave (those cheeky nineties boy bands!)

But here I am, a thirty year old wife, totes excited about my next screaming drool fest with my childhood sweethearts! So hearing the news that I’ll be seeing the good old (sorry boys) Backstreet Boys in concert this year was definitely my Highlight of the Week! Whoop whoop! Is it wrong that I’m still hoping that this concert will finally be my turn to be chosen and taken up on stage for a one to one performance of “I’ll never break your heart”…don’t answer that. I need to get out more.


Oh my, the ski lifts, the snow fights, the hearts and roses in the snow…what I would have given at 14 to be one of the girls in this video…and still would…joke!