But this is no racy-panic stricken hostage thriller. Oh no. If you’re going to be held hostage in your home by an escaped convict then Frank is the perfect house guest. He can come and stay at ours anytime.

Since her husband’s departure, Adele has spiraled into a depression that has left her anxious, vacant and isolated from the world that she once knew.

On first thought, you could mistake her for a woman burned by her husband’s abandonment, who neglects her son. But you soon learn that there is more sadness and pain behind those dark and troubled eyes.

Her story is heartbreaking. You are left feeling so saddened by her tortured soul and her longing to be loved. Winslet’s performance is predictably perfect, if not somewhat outshone in this film by the male leads, particularly her son, Henry.

Your heart goes out to Henry, from the moment he narrates his personal account of the weekend that changed their lives. Since his father walked out on them to remarry his secretary, Henry has taken care of his mother. He feels this overwhelming sense of responsibility for her.

Henry desperately tries to fill the void that his father left. It’s heartbreaking to see from a child’s perspective the gaping whole that an absent parent leaves on a family, which is a key theme running throughout the film. You can easily see why Henry is drawn to Frank from the moment he asks for their help. He is the father figure he has been longing for.

Not long after entering their home and tying them up to create the perfect hostage scenario, Frank begins to cook them dinner before cleaning (and waxing) the floors. Then he begins mending the wall outside, fixing the car and teaching Henry how to play baseball. So of course within a day, Adele has fallen for Frank.

He is everything that was missing in their lives. I don’t think there would be a housewife in the country that would turn him away or into the hands of the police. All men should take a leaf out of Frank’s book. OK so perhaps not the murdering part, but if you cook good food, do a little cleaning and fix things around the house (without being asked a zillion times) the world would be a happier place for you all. It’s that easy.

Brolin’s performance brings enough unease and curiosity to the film that you will be hooked from the moment he says “I wonder if you can give me a hand here”…gripping stuff.

Directed by Jason Reitman (Up in the Air, Juno), the film provokes a range of issues, but for me, the fundamental theme is about family.

It’s the simple things in life that make us whole. Something that we take for granted. Each character is desperately longing for a family and unconditional love that binds you together. On Frank’s arrival, there is new hope for Adele and Henry. He brings light into their dark lives and reunites them as a unit.

Capturing All The Senses

The cinematography is absolutely stunning and it cleverly draws on all the senses. There are so many delicate moments that captivate the subtle themes that the film explores. You can smell the food that Frank prepares which draws them closer together. Feel the intense heat that radiates not only that holiday weekend but the intensity of the situation the characters are faced with. You can feel the weight of every touch. Understanding how hungry the characters are to be held and loved.

The atmosphere is intense. It’s almost suffocating that when the characters are outside, you take in the air and appreciate a moment of freedom from the strained circumstances they find themselves in.

One particularly beautiful scene, where Frank teaches Adele and Henry how to cook a peach pie, is a simple, yet detailed scene that screams a thousand words that signify the idea of family. Of working together, supporting one another and growing together as a whole. All that from a peach pie.

Although I think unintended, this film could be categorised as a chick flick. There are moments on intensity and suspense to keep just about any film lover captivated until the credits.

A beautiful tale of love, longing, and loss that will leave you reaching for your tissues. And if you’re single, possibly signing up to some sort of inmates-r-us dating line. If they are all as reformed, sexy and house trained as Frank, then Uniformdating.com has whole new batch of eligible handymen to add to their books. They can’t all be bad…can they?

The film opens in cinemas on Friday 21st March 2014, but until then, here’s a little sneak peak… 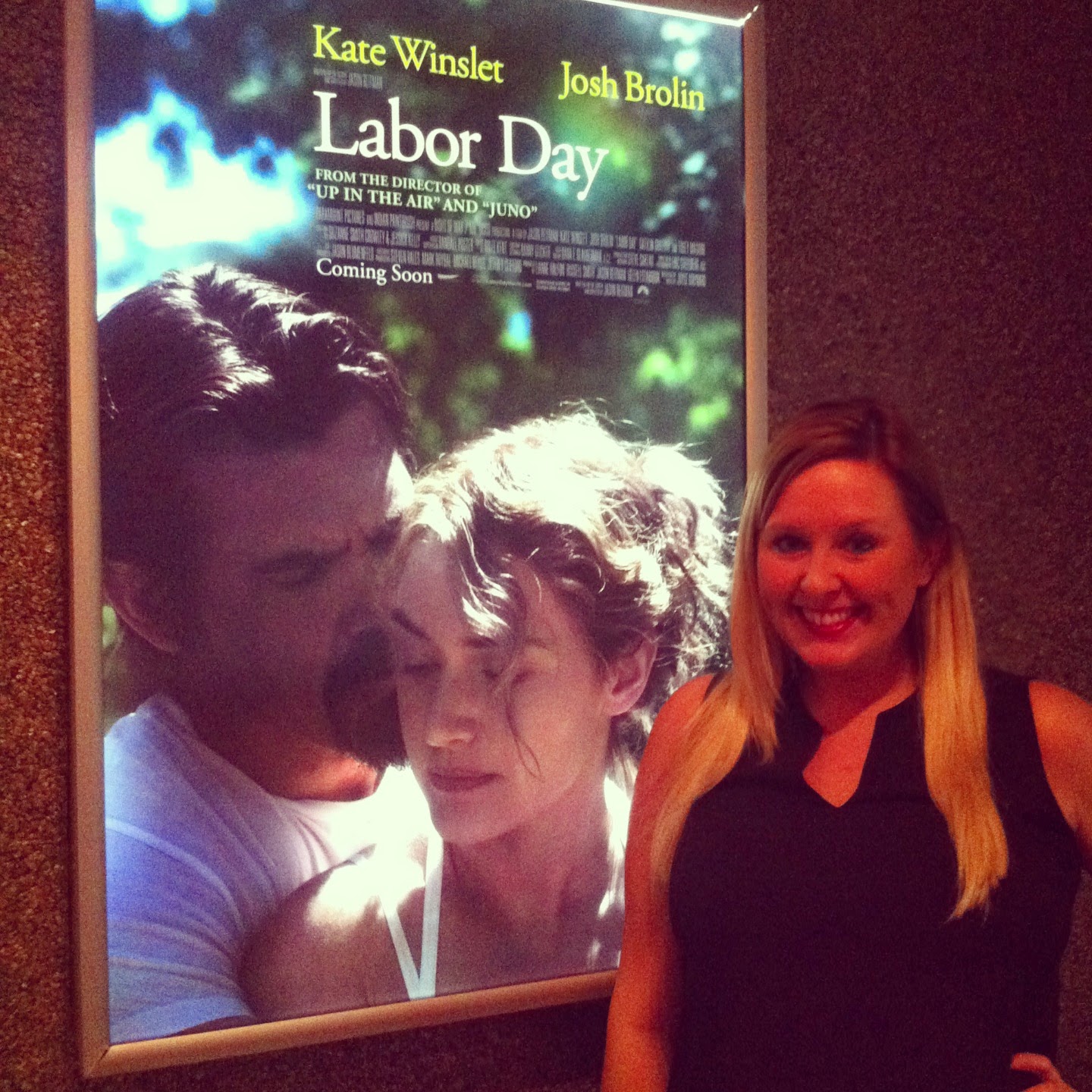 Labor Day Film Review Disclosure: I was invited to attend a private screening of this film in exchange for a blog review. All opinions are my own and have not been influenced in anyway. Thank you to Mumsnet Bloggers Network and to Paramount Pictures UK for this fantastic opportunity.