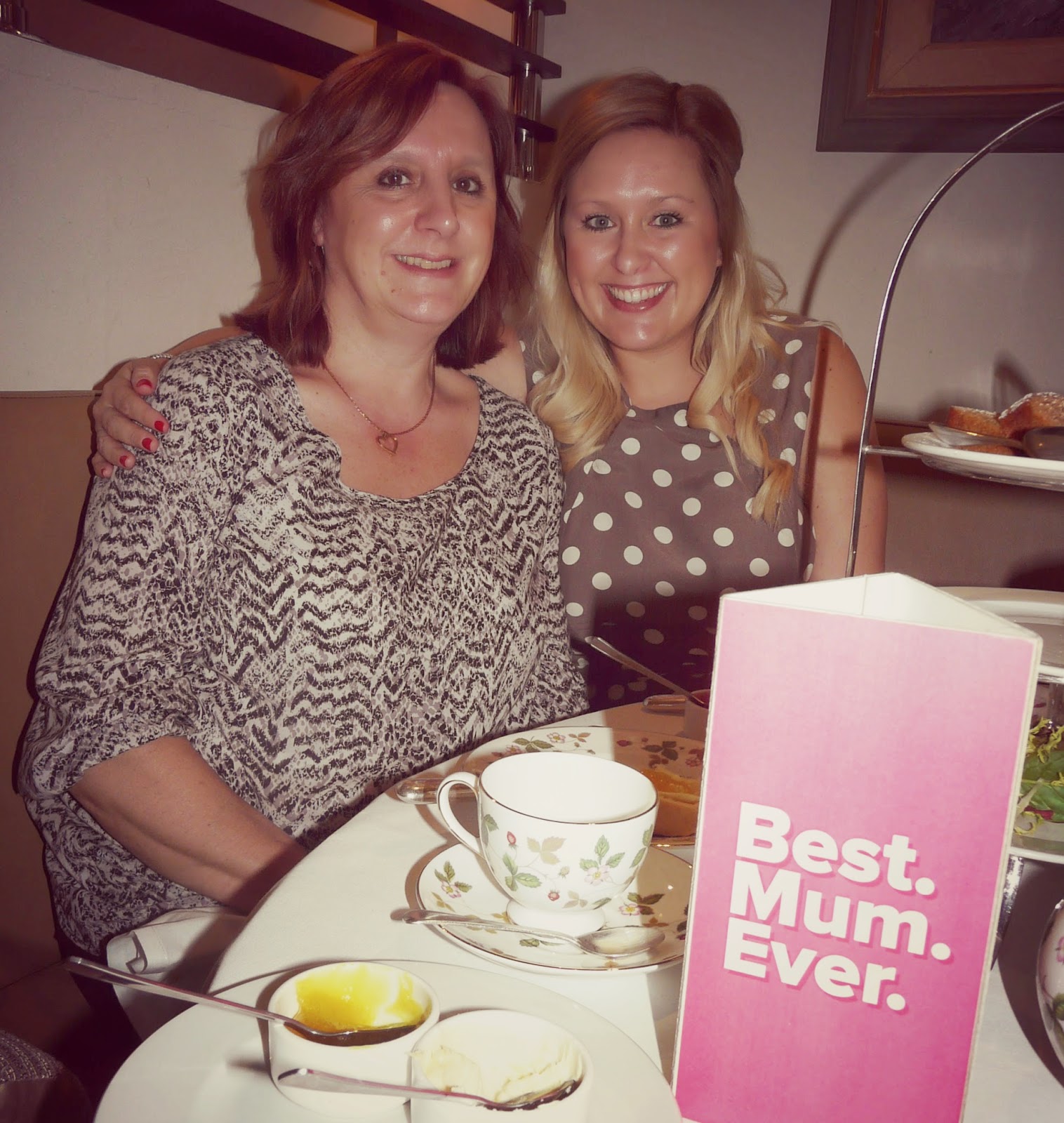 Last weekend I was invited to an exclusive Mothers Day event at the Millennium Hotel Mayfair to celebrate the launch of their exciting new Afternoon Tea menu…yummy. Even though Mum was grounded, seeing as it was Mother’s Day, I thought that she deserved a day out for being such a fantastic mum (that is when’s she’s not swanning off to get tattoos with my sister!)

When we arrived at the hotel, an impressive stately townhouse, nestled in a very quiet Grosvenor Square, we were welcomed into the sophisticated Pine Bar with a lovely glass of Proseco. We soon began mingling with lots of other fabulous bloggers including the very cool Haydn from Squibbvicious and the lovely Tayla over at Tayla Does, who were also there with their very glamorous Mums.


We were then given a guided tour of the hotel, which Mum was rather excited about…who doesn’t fancy a nose around a swanky Mayfair hotel? Back in the day, when I was an event co-ordinantor, I was lucky enough to work in some of the best hotels and unique event venues in London, so I was already familiar with the Millennium Mayfair, but it was a good opportunity for Mum to take a sneak peak around this charming hotel. We mooched around the conference and event spaces, before taking a look at a few stylish bedrooms that overlooked Grosvenor Square. 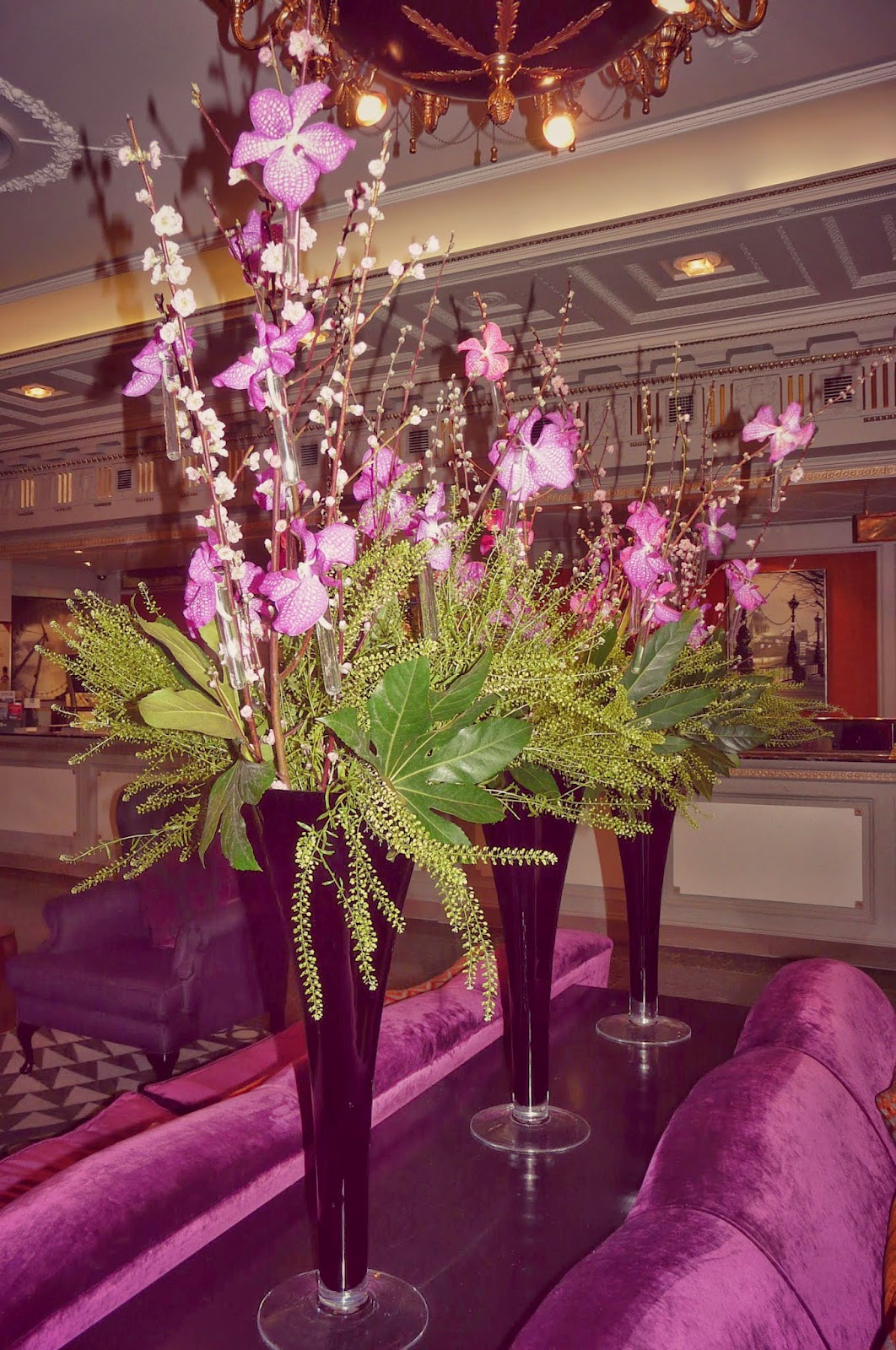 After the show round, we were more than ready for cup of tea and some tasty treats. The Avista Restaurant was brimming with Mothers and their off springs, filling the room with a lot of love and laughter. When it comes Afternoon Tea, there’s usually something missing or not quite right for us (pain in the butt) Coeliacs. As you sit patiently watching everyone else being served delicious looking sandwiches, warm homemade scones and colourful collections of sweet treats, you wonder what is in store for us gluten free geeks. But this was one Afternoon Tea where I wasn’t disappointed. Before long I was presented with a mouth watering tower of gluten free treats including an array of toasted triangles topped with prosciutto and olives, beetroot and smoked salmon. The middle plate held a real gem in the gluten free world- homemade scones which were still warm- such a treat! Then to finish, I was literally spoilt for choice with a selection of miniature desserts including; chocolate brownies, creme brulee, Eaton Mess and ginger cake. With prices for Afternoon Tea starting at just £24.50, I will most definitely be returning again soon. 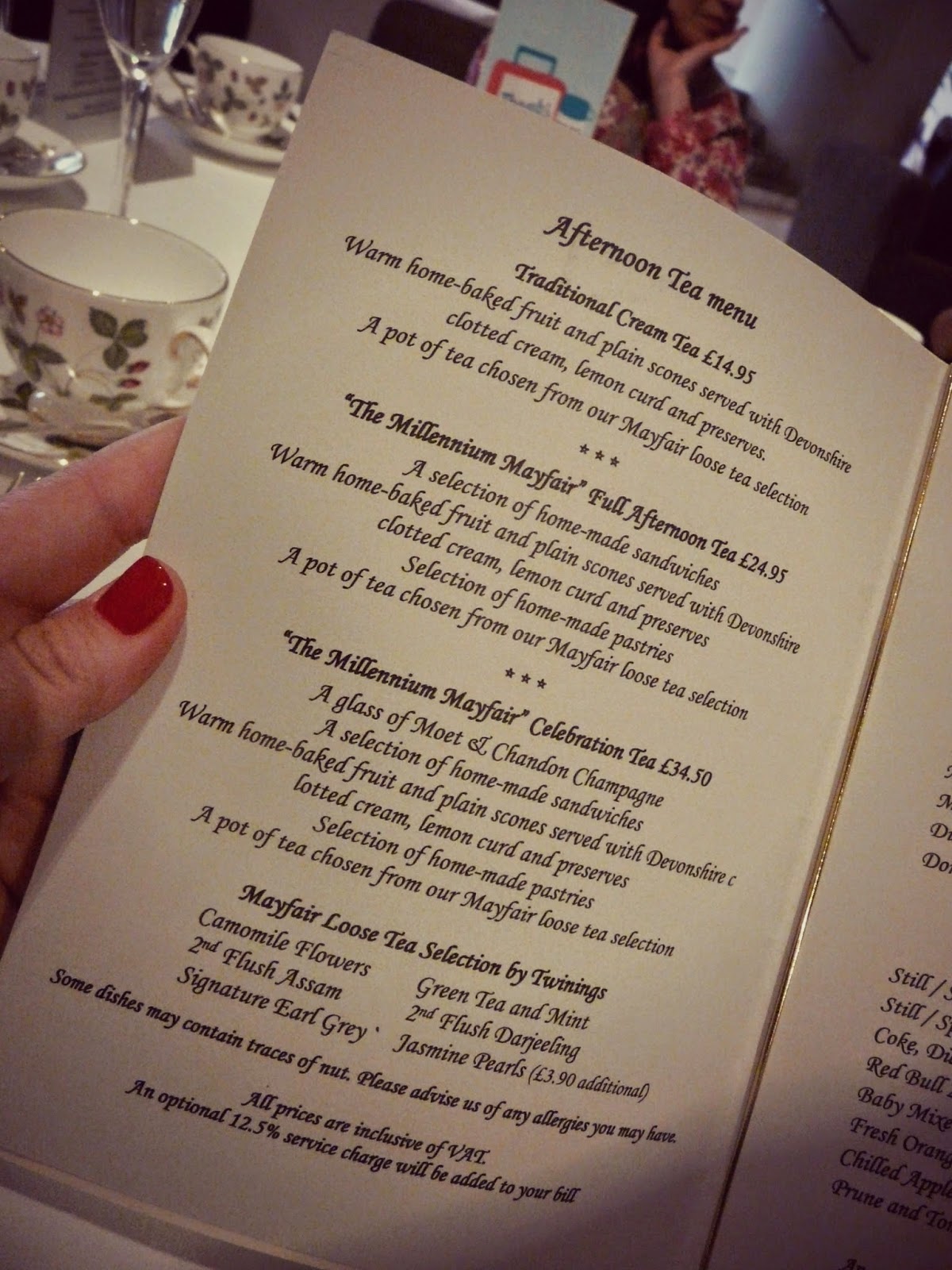 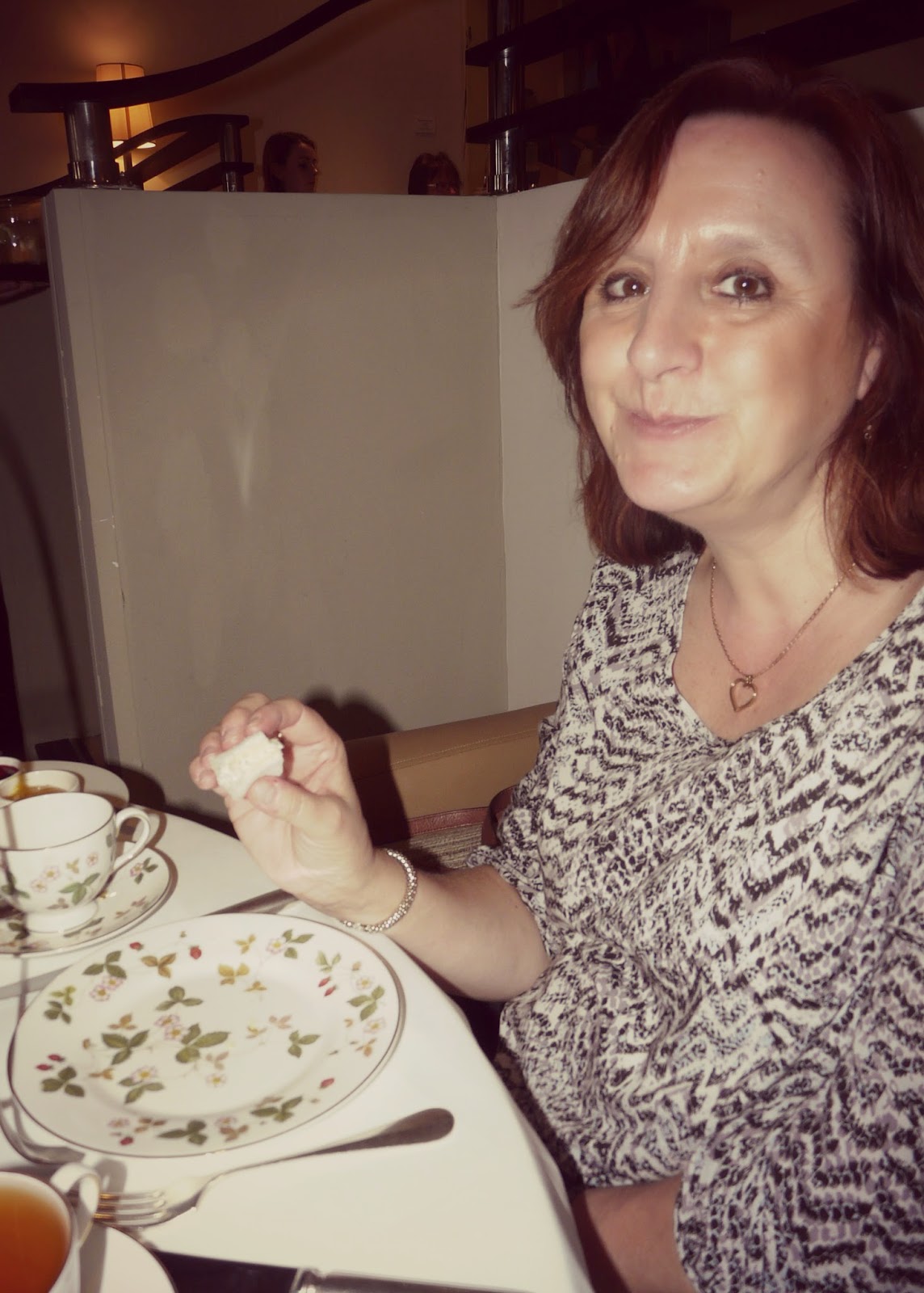 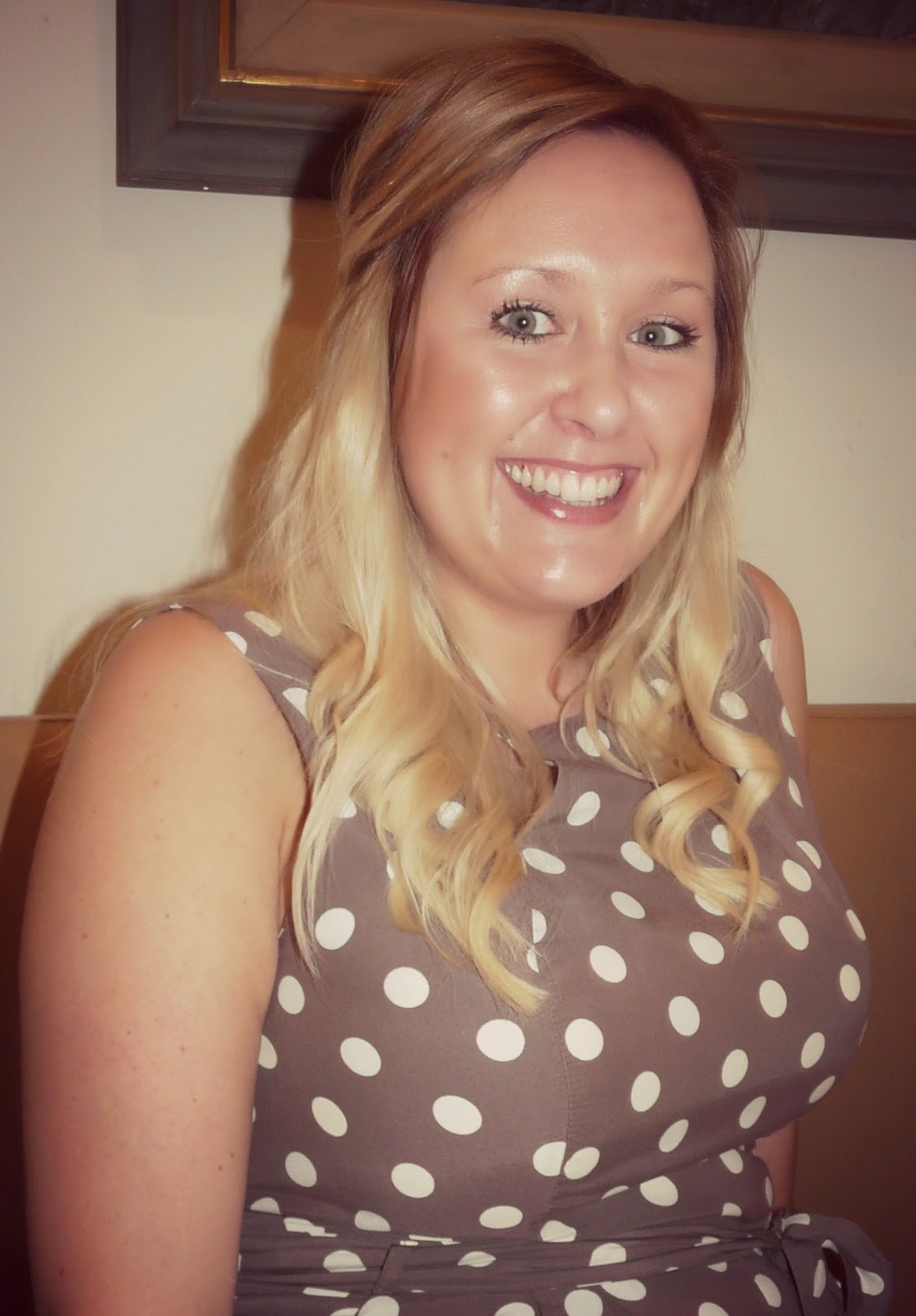 We both thoroughly enjoyed our afternoon spent at the Millennium Mayfair and it was the perfect setting to spoil and celebrate our amazing Mums on Mothers Day. Thankfully I managed to breeze this event without any spillages, damages or generally any Klumsy Kate antics (the first time in a while) and as we left the hotel with our tummies full and our feet well rested, Mum thought that her Mothers Day treat was over for the year, but little did she know, that there were more surprises in store for her that day…(wink wink) Oh how I love surprises!

For more information on Afternoon Tea at the Millennium Mayfair, you can visit their website here.

With Love & Mothers Day in Mayfair,

Disclosure: We were kindly invited to Afternoon Tea at the Millennium Mayfair in collaboration with a PR Company. All opinions are my own and have not been influenced in anyway.