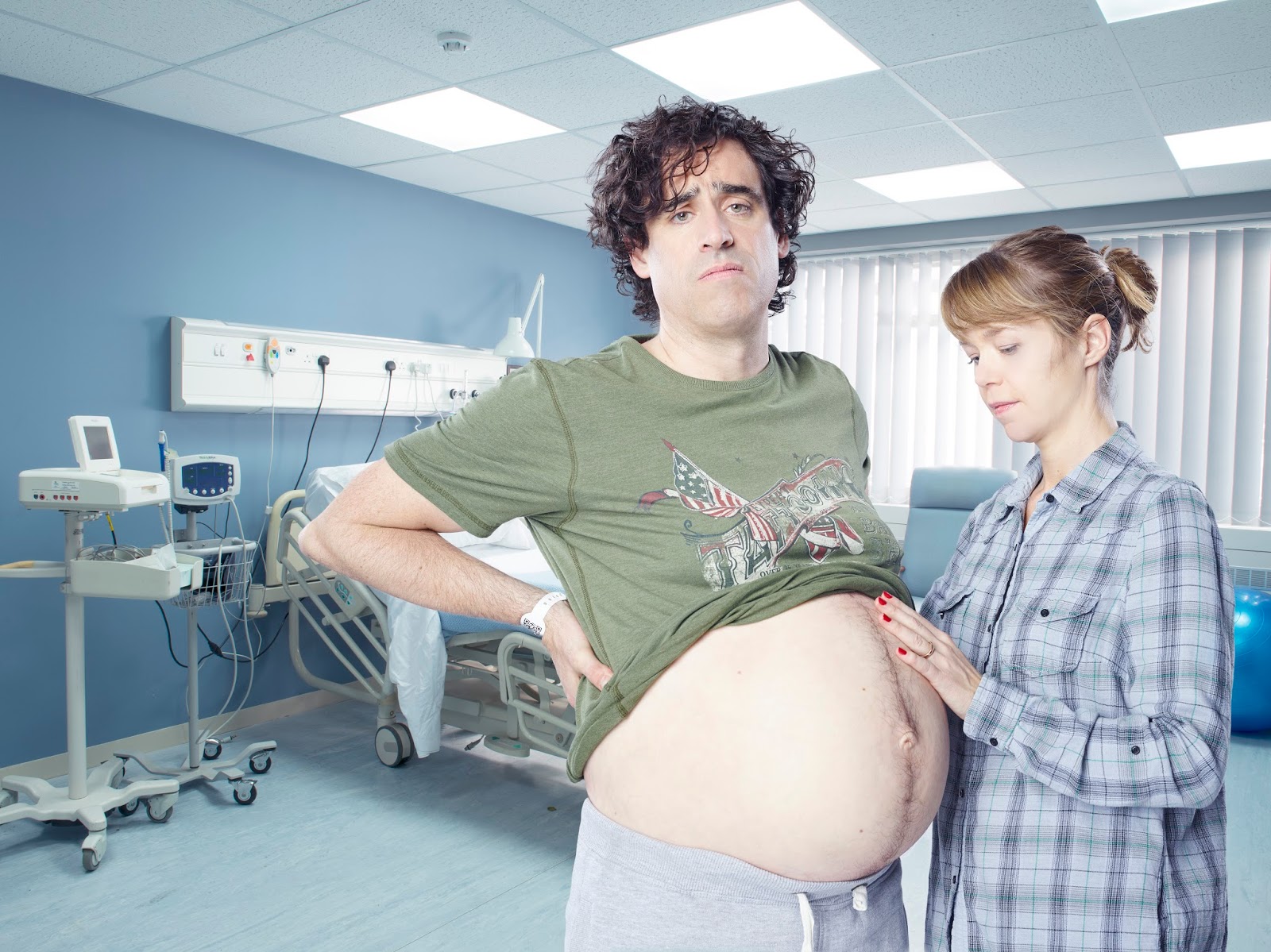 Since we discovered that we were expecting our first baby, there have been numerous occasions when I’ve wondered what it would be like if the Hubster were to be in my position. It’s usually on those days when the oh-so-unattractive sides to pregnancy have gotten the better of me and I wish he’d just get it. Everything from the torturous back pain, the hormonal outbursts and the rapid body changes. If only he’d just step into my shoes (well flip flops, my shoes are starting to shrink) for just a moment and realise how bloody absorbing and life changing this experience really is for us women.
“It’s worse for the man!”
But would I really want the Hubster to go through this experience instead of me? You must be bloomin’ bonkers. Can you imagine it? It’s bad enough when men have a cold, let alone having to endure a masculine form of hormonal turbulence for some 40 weeks. No thank you. If this was ever a possibility, it would in no doubt send the world into an apocalyptic nightmare as we all battled with our bizarre new maternal roles. Women everywhere would be rolling their eyes (or nutting pregnant men over the head) at every complaint and groan their spouses made as they experience the full on extremities of carrying a baby. It’s not pretty.
But one man did have the balls this epiphany to go where no other would dare to go. Joe Penhall, (Blue/Orange) who after witnessing his wife experience the traumatic birth of their first child, penned his frighteningly funny, but moving Birthday. Originally performed at The Royal Court Theatre, Penhall’s Birthday is reaching out to new audiences in a one off adaptation directed by Roger Mitchell (Notting Hill) on Tuesday 9th June on Sky Arts. It provokes an array of debates and questions surrounding mortality as we see Stephen Mangan (Episodes) pregnant and about to give birth to his daughter on an NHS maternity ward with his wife, Lisa (played by Anna Maxwell Martin, The Bletchley Circle) by his side. 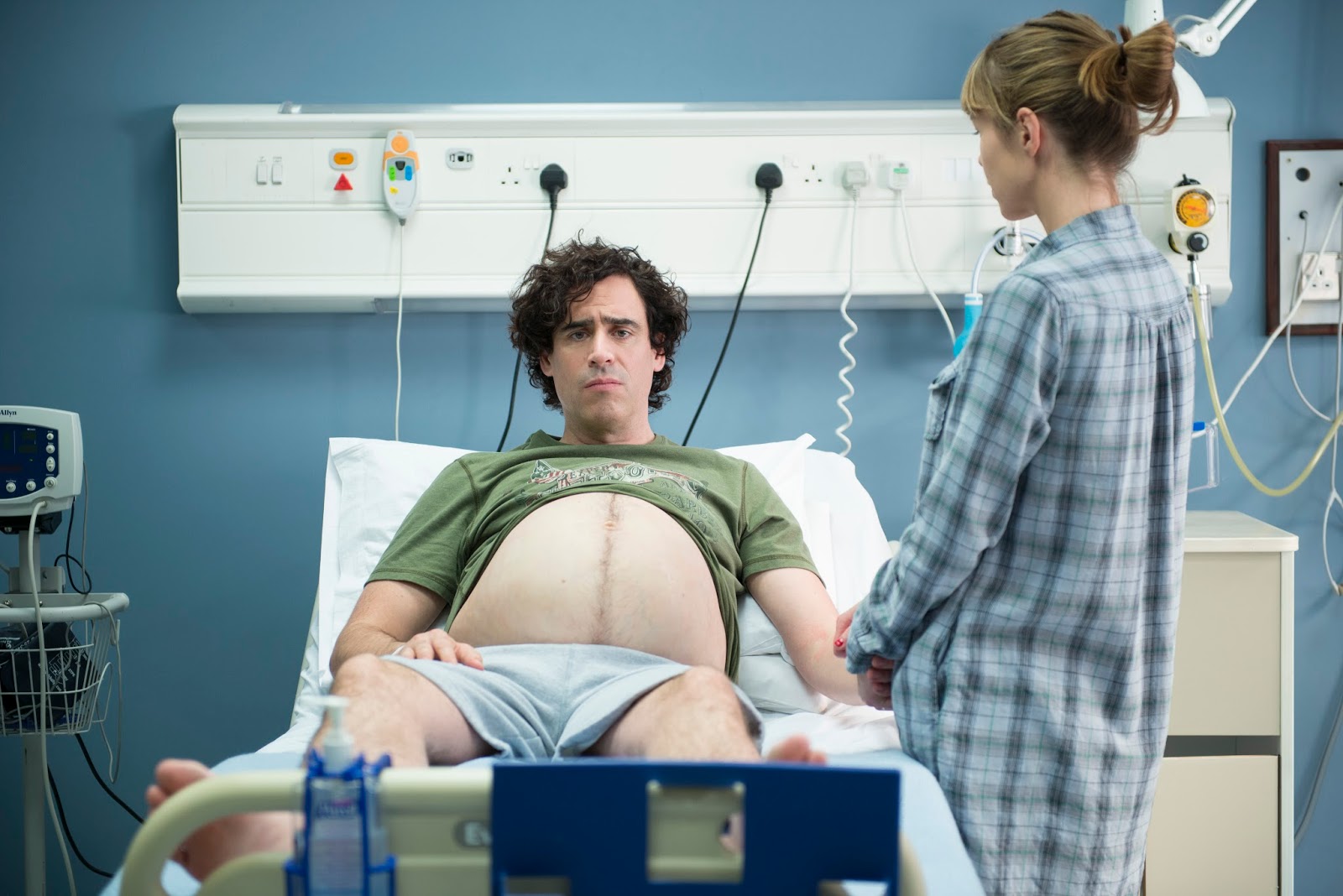 “Don’t talk to me about hormones…I’m like a Bernard Matthews turkey”
Initially I thought the drama would give the Hubster a little taste of what he doesn’t have to experience, and by seeing a fellow male exposed to the humility of childbirth would make him appreciate his genetics and what his wife will evidently be put through…Na-huh. Man did my plan backfire. Instead I was the one left more traumatised whilst he just chuckled along. His response, well it just wouldn’t happen, would it? Good point…typical bloke. I on the other hand, being the only pregnant woman in the audience was left with my eyes more open and my brain more scared than any anti-natal class or pregnancy forum could muster. The fact that it was a man giving birth didn’t even strike me as odd, even when he was complaining that he’d been “fingered more times than an unripe avocado”. Over half way through my own pregnancy, I was so consumed with the raw honesty of what I was witnessing, already being able to identity with the sheer humility and unease that comes with the territory of being pregnant.
“It’s like the worst ever hangover…plus gastroenteritis”
Mangan somehow makes the whole childbirth experience seem more real, more epic and more frightening than any reality programme could achieve as he brings Penhall’s writing to the screen.  Although the questions of ‘what’s normal’ and ‘who it’s worse for’ is debated throughout the piece, the idea of this notion being plausible or not isn’t the main focus. The comedic moments are short bursts set out to relieve the intense anxiety and horrific reality of childbirth. Whether it be a man or a woman experiencing it.
Penhall’s drama delves a little deeper at times as he subtly, but purposefully, broaches the NHS maternity system. We as human beings are powerless throughout the whole ordeal, relying solely on those around us to get us through to that all important end when a new life is brought safely into the world. The brutal moments of childbirth, that most tend to forget, are highlighted throughout and as a mum-to-be, my worst fears were illuminated on screen. But I’m not left feeling any more frightened than I was before. A little troubled maybe, but simply more aware. Which speaks volumes after seeing a bloke being induced via his butt hole…an aspect that thankfully I won’t have to experience. 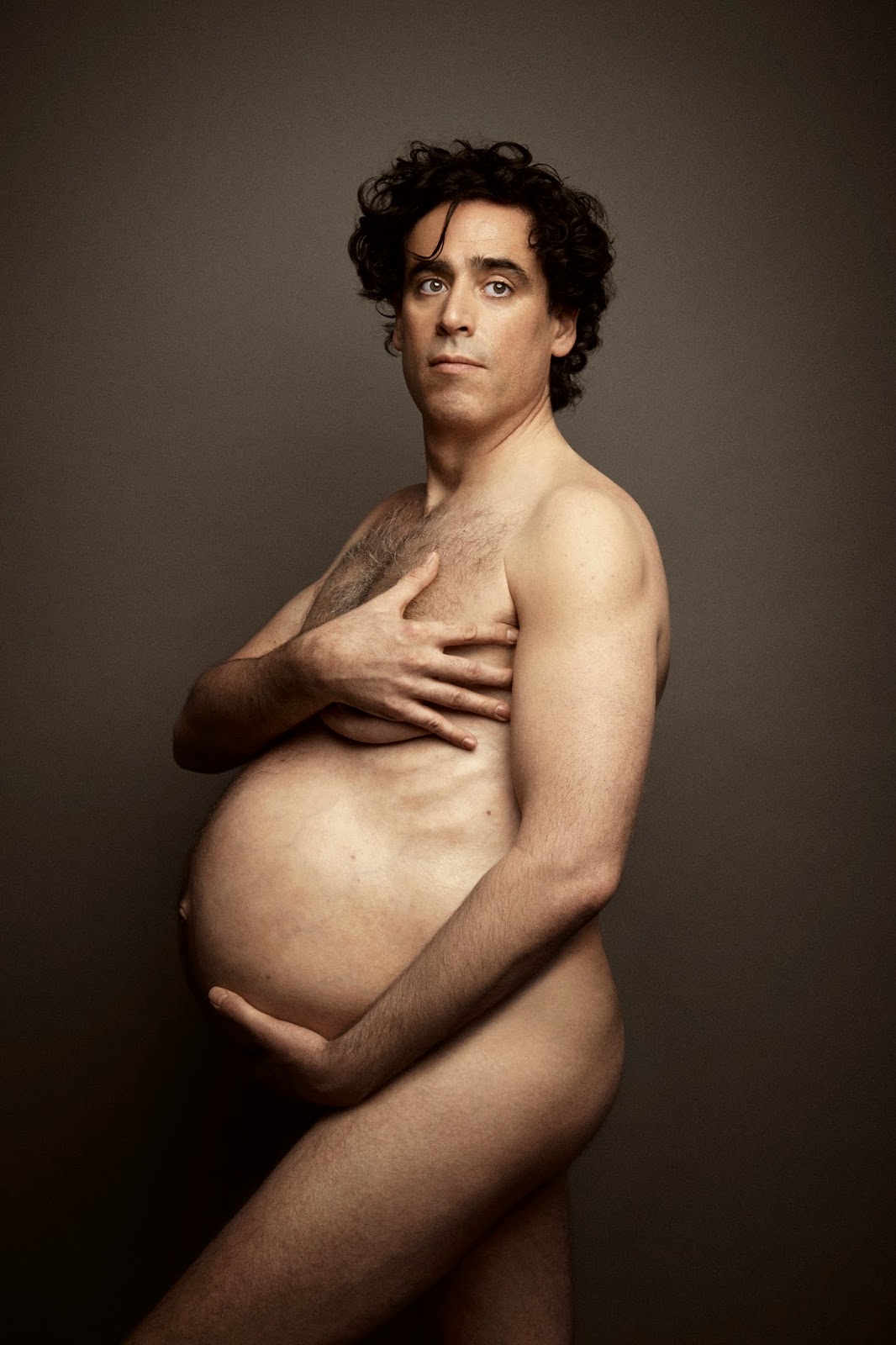 “My balls are like coconuts…”
A cleverly written and intense comedy drama that will mess with your emotions and make you question this so-called natural process and the reality of it verses the ideal. Everyone’s childbirth experiences are different, in reality and in memory. Our minds choose what we want to store, the moments we want to cherish and the snippets we try to forget.
Thought-provoking, hormonally hilarious and frightening, Birthday will leave everyone ‘locating their inner vagina’. Lovely.
Birthday airs on Sky Arts on Tuesday 9th June 2015 at 9pm, so don’t forget to set your Sky Box planners and in the meantime you can watch a sneaky preview here.
Until next time…
With Love & Birthday,

Disclosure: We were kindly invited to attend a private screening of Birthday in exchange for this review. As always all opinions are my own and have not been influenced in any way. Thank you to Mumsnet Bloggers Network and Sky Arts for including us in such a fantastic experience.