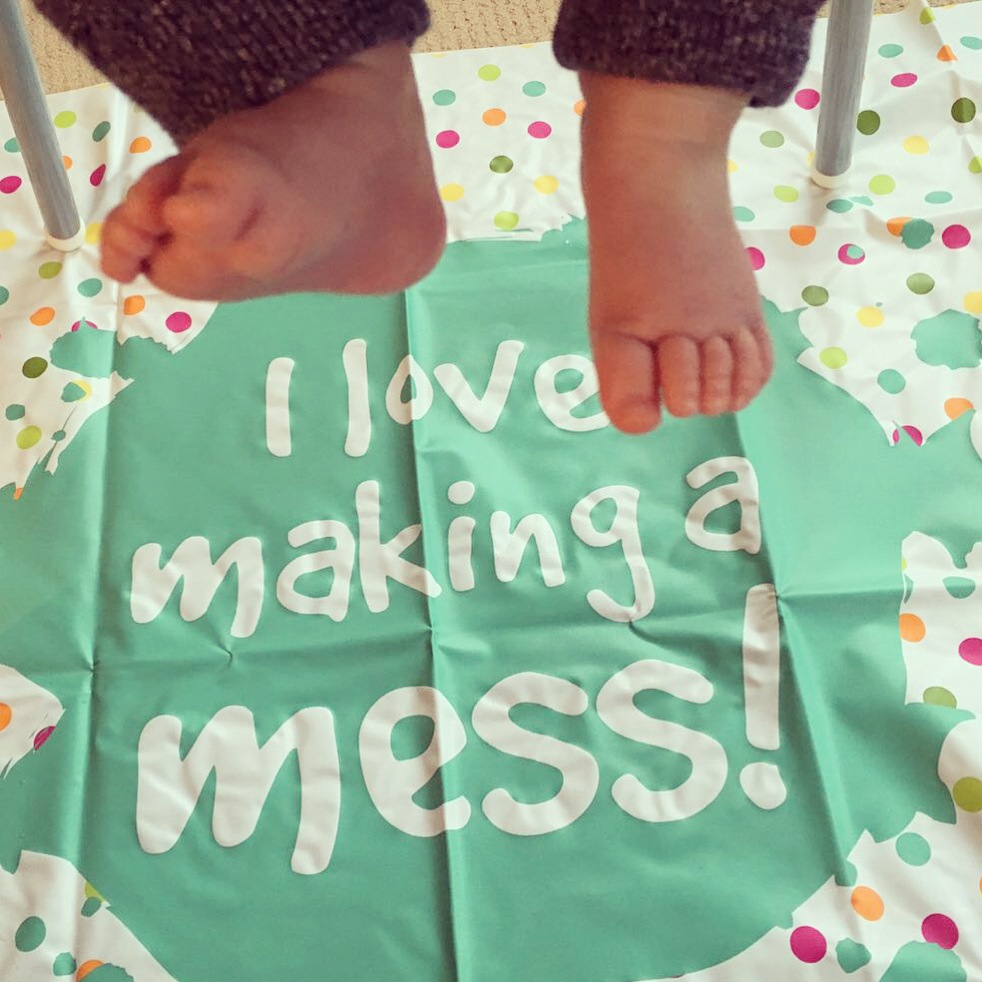 The crux of having baby- aside from all the love and what not- is establishing an ever changing routine. Once you get to grips with some sort of routine, before you know it, it’s time to change it again, bringing on a whole other game of faff to contend with in an attempt to find a happy balance between baby and you. It’s endless. Long gone are the days where my only routine involved work, socialising, sleeping and changing our bed sheets on a Sunday. Working to a baby’s routine involves a whole other level of planning and organisation. Hence why I can’t remember when we last changed our bed sheets. Gross, I know.

I’d spent the best part of five months getting the hang of breastfeeding, by which point I’d had enough of sitting on the floor in the hallway for an hour with Elsie attached to my boobs trying to leave the house. She  used my boobs for comfort more than food and I was drained, so we transitioned to bottle and just as we regained some sort of normality it was then time to introduce her to food and begin the whole weaning lark. It’s very messy, sometimes fun, but a little scary and here’s what I’ve learnt so far…

It’s bloody messy. Have you ever had pureed carrot mixed with snot spat in your eye? Trust me, it’s not pleasant and that’s not half the joy we’ve had since we began our weaning journey. I’ve also had an entire bowl of cheesy leeks dropped on my foot and had to pick a good dollop of ‘root vegetable trio’ out of my laptop keyboard. It’s a barrel of laughs. Not.

It gets everywhere. In their hair, their ears, up their nose, their eyes, in between every single little finger, everywhere. No matter how much you try to cover them or however quick you are with a wipe, they still manage to spread ghastly coloured grub everywhere. I swore I’d never be that mum who leaves the house with a baby who still has remains of banana porridge in its barnet. The old me is dying inside, whilst the new me is licking the scraps off and thinking oh well, we made it out the house and that’s all that matters.

Babies hate having their faces wiped clean. For some unknown reason they would rather have a face caked in mush than it being all lovely a clean. They see the wipe coming from a mile off and start flapping and squirming spreading the mess in the process. Just another thing I’ll never understand about babies.

There’s a small window of opportunity to actually feed baby with food, otherwise if you miss the boat, she’ll scream blue murder and whack any brightly coloured slop right out of your hand to let you know that she’s only open to milk and nothing else. Great. 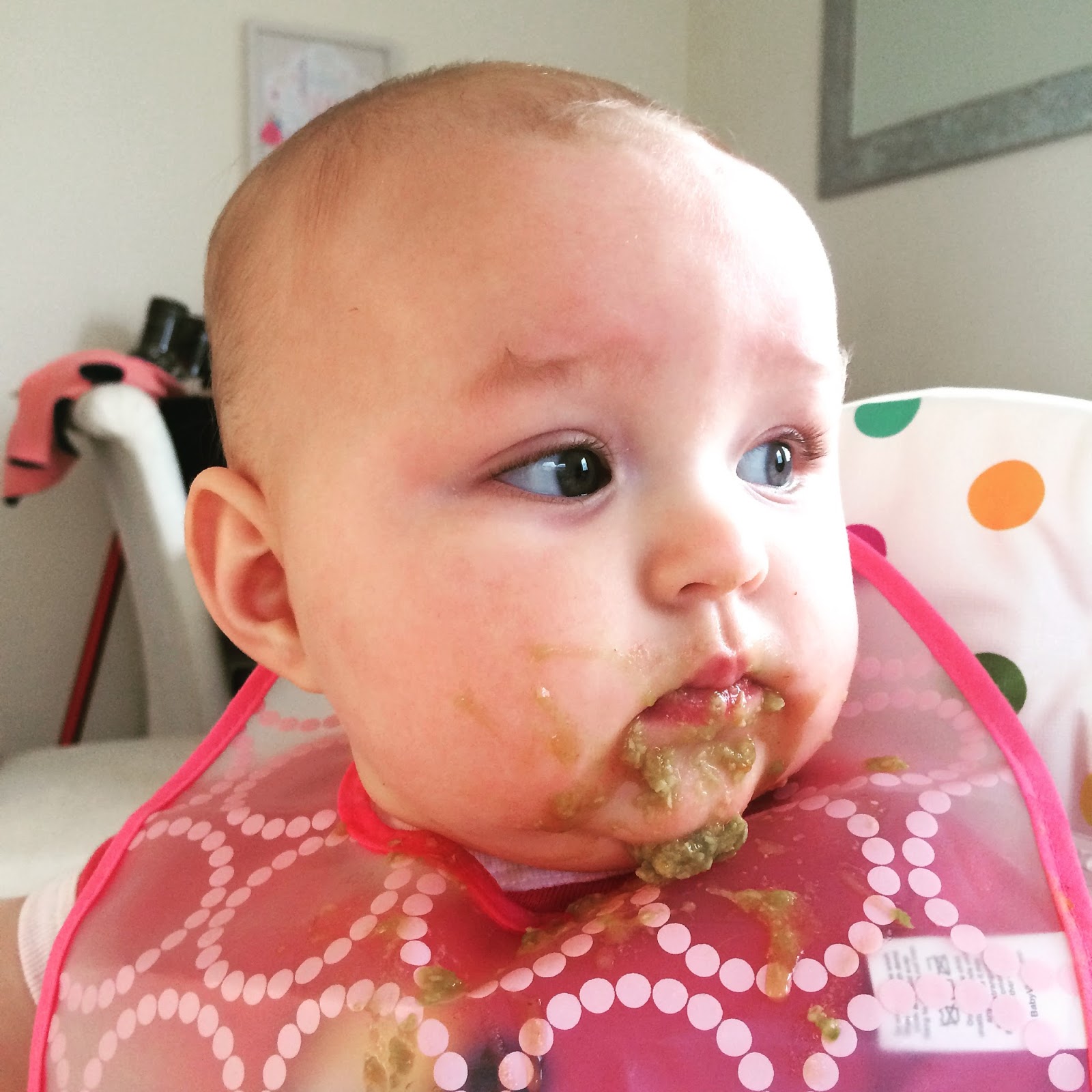 Cooking everything from scratch is a right old faff. I’ve been attempting to cook up a storm of organic filled batches of goodness, usually in the evenings when Elsie is in bed. There’s nothing more exciting than spending your Friday night chopping up an endless array of root vegetables, getting a sweat on because everything must be steamed.

It’s so easy to reach for a pouch of pre-made grub and man do I feel guilty about it. The old me would have been really snobbish when it comes to feeding baby from pouches. The old me would have had a baby’s meals planned out a week in advance, ensuring that she was getting an array of tastes and goodness throughout the day. The old me was a deluded muppet. When baby wants grub, baby needs grub. Pouches or homemade, she’s not bothered, just as long as she’s being fed. Just like her mummy. Oops.

To feed baby or try baby-led weaning? That is the question. I really wasn’t fussed, as long as the kid eats healthily I’m not bothered whether it’s pureed mush or lumps of randomness. I realised early on that my carpets and walls are going to get caked in crap whatever route you choose. Excellent.

Which brings me onto choking. At the beginning, with every new food, with little lumps you daren’t blink until any potential threat has passed. But then your child starts doing this hilarious gaging face with every first mouthful before realising she even likes what she’s eating. Then her little bobble head leans in for more if she does or dramatically spits it out over her chins. Brilliant. All the while, there you are poised to whip her out of the highchair and tip her upside down and as always, loving your undivided attention.

Although saying that, I’m more frightened about over feeding her, than I am her choking. I have such an unhealthy relationship with food and one of my biggest fears is that she’ll inherit my food demons. It actually keeps me awake at night worrying that I’m not giving her the best introduction to food.

At the moment, like most, I’m simply winging yet another baffling stage of being a parent and making a right old mess in the process. Do you have any tips for weaning babies?