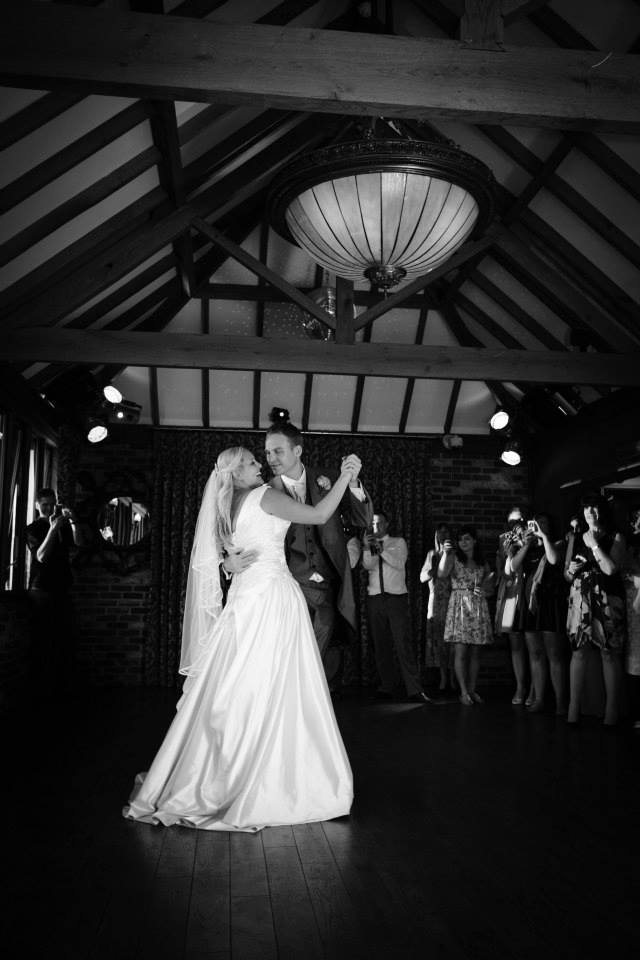 The beginning of May brought our third wedding anniversary. I’m not sure if it’s my subconscious still recovering from stress leading up to our big day, but there seems to be a recurring theme with every wedding anniversary, me being poorly. Our first wedding anniversary brought with it a bout of tonsillitis and two years saw me waddling in agony with our little bean nestled against a nerve in my back.

This year we were granted a much needed baby-free 24 hours and if romance wasn’t off the cards enough as we were both so cream crackered, I was a snotty, cough spluttering mess. Brilliant. So we spoofed our free time on a “Netflix and chill” night in the literal sense- we watched ten minutes of Line of Duty and fell asleep on the sofa by 9pm. So romantic.

It’s not been a breezy third year of marriage. Life all of a sudden got very stressful for us as our long awaited little bean arrived.  The Hubster worked his arse off to pass the Knowledge of London and we started the moving house process, which alone is enough to send anyone over the edge without the added stress of revision, exams and a screaming non-sleeping mutant whose life’s mission is to make you crack.

But we are surviving.

Elsie has consumed us in every way imaginable and even eight months old we are still adjusting to our new roles and learning about these new people we have become. Anyone who thinks having a baby will bring you closer together is a numpty. There’s something quite frightening and yet baffling about how much a person can change and how much even the most secure of relationships can be tested when a baby is thrown into the mix. Enough reflection, it’s not all bad…here are my Reflections on Three Year’s of Marriage…

Our conversations still revolve around toilet habits, but now about baby’s bowel movements. How many poos has she done today? Did she she poo when you changed her? Is she doing a poo? Oh she’s done another poo? How many’s that today? It’s your turn to change her, she’s pooped. Poo, poo, poo, poo…if we had a pound for every time the word poo was mentioned in our home we’d be minted.

Speaking of poo, watching Hubster change a pooplosion is one of the funniest things. He can’t hack it and gags the whole time, which Elsie and I both find hilarious. He has even resulted in putting a nappy sack around his face as a mask whilst changing her nappy to stop him from gagging. Wuss.

Money is the root of all evil. If we’re not talking about poo, we are talking about money. Being on maternity leave is a luxury, but it puts a real strain on couples to get by. Whilst one of you heads out to work at all hours to make ends meet, the other is consumed with the new baby and adjusting to the expense of having a new person to cater for, who seems to be sprouting through clothes like The Hulk, is seriously stressful when reduced to one salary. Especially when one has an acquired taste for Marks & Spencer’s grub and is now back on the wine now that the mini Hulk is off one’s boob.

Tiredness kills humour. We don’t wind each other up as much anymore. We’ve quickly learnt that severe exhaustion from zero sodding sleep, doesn’t leave either one of us too chipper for wind ups these days. Not unless you enjoy the death-get-out-of-my-face-before-I-choke-you-on-a-soiled-nappy-stare anyway.

You argue over the smallest of things…

Me: Babe, get her bunny

Me: Babe, can you get her bunny?

Him: Yeah which bunny?

Me: The fluffy one

Me: Babe I need that bunny, it’s soft and fluffy.

Him: Yes but what colour?

Me: Have you found the bunny? I need that bunny!

Me: Babe, where’s her bunny?

Him: What f*&!ing bunny, there are hundreds of bunnies here!! I can’t move for f*&!ing bunnies, which one is it?!?

Me: THAT BUNNY *points to herd of various bunnies in all shapes, colours and materials and expects Hubster to know exactly which bunny I’m talking about*

He had about as much chance of finding that bunny as winning a cuddly toy in those fairground grabbing machines before you’d spent four times it’s actual worth if purchased in a shop.

Watching football isn’t a suitable mode of baby entertainment. As much as he thinks she’s enjoying it, she is merely mesmerised by the fuzzy green screen. She won’t all of a sudden start talking tactics and agreeing with the pundits however much you try to encourage it.

We still need a bigger bed. What with the two of us, plus my post-baby body, Widgey (my pregnancy pillow) and now Elsie at various points in the night when she decides that only the middle of our bed will soothe her back to sleep, things are even more cramped.

I remember what our life was like together pre-baby. Most people say you forget, but I remember it clearly. I think you need to in order to restore some of that spark and balance that made you fit together so well. Change isn’t easy, but everything gets a little easier and as long as we keep appreciating one another I know we’ll be just fine.