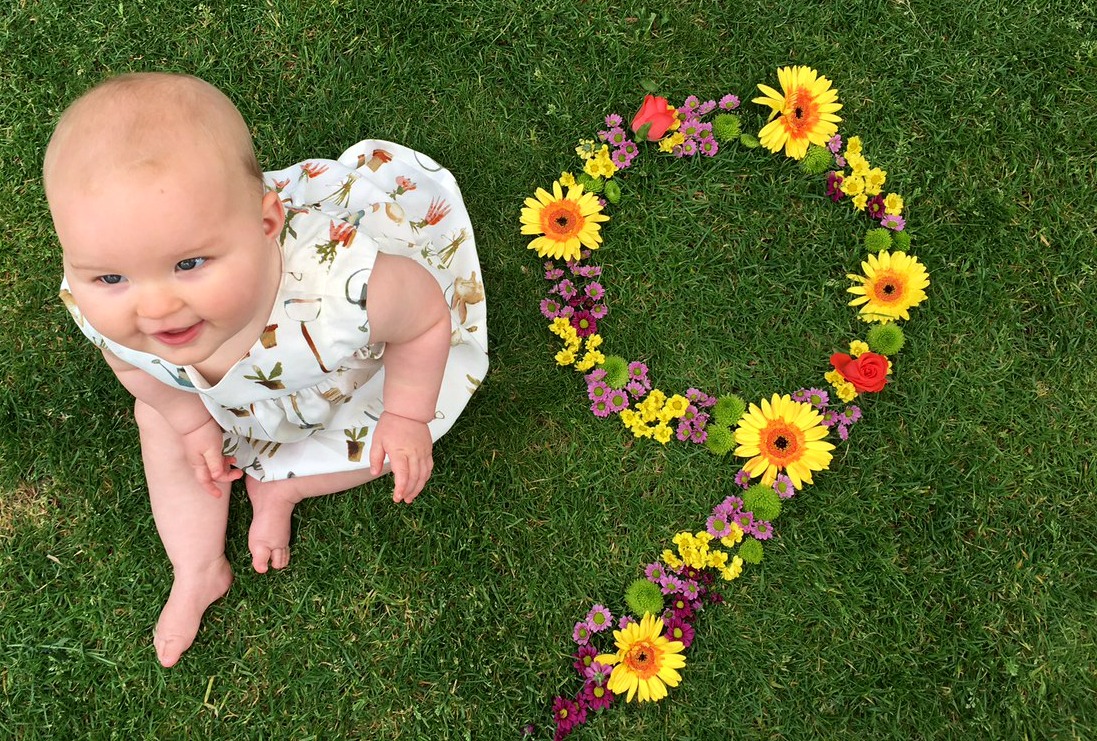 It’s incredible to think that Elsie has now been in the world longer than in my tummy.

All those days and weeks spent counting down and anticipating her arrival. Wondering what she would be and how life would change. Now here we are: nine months already spent on the other side.

I wasn’t intending to write another update until she was ten months old, but our little beast is changing so much and so quickly that I realised there was already so much more she was doing that I didn’t want to forget. I don’t have time to faff around with glitter and glue, so this is her scrap book. I want to etch these little moments somewhere and this is our somewhere. 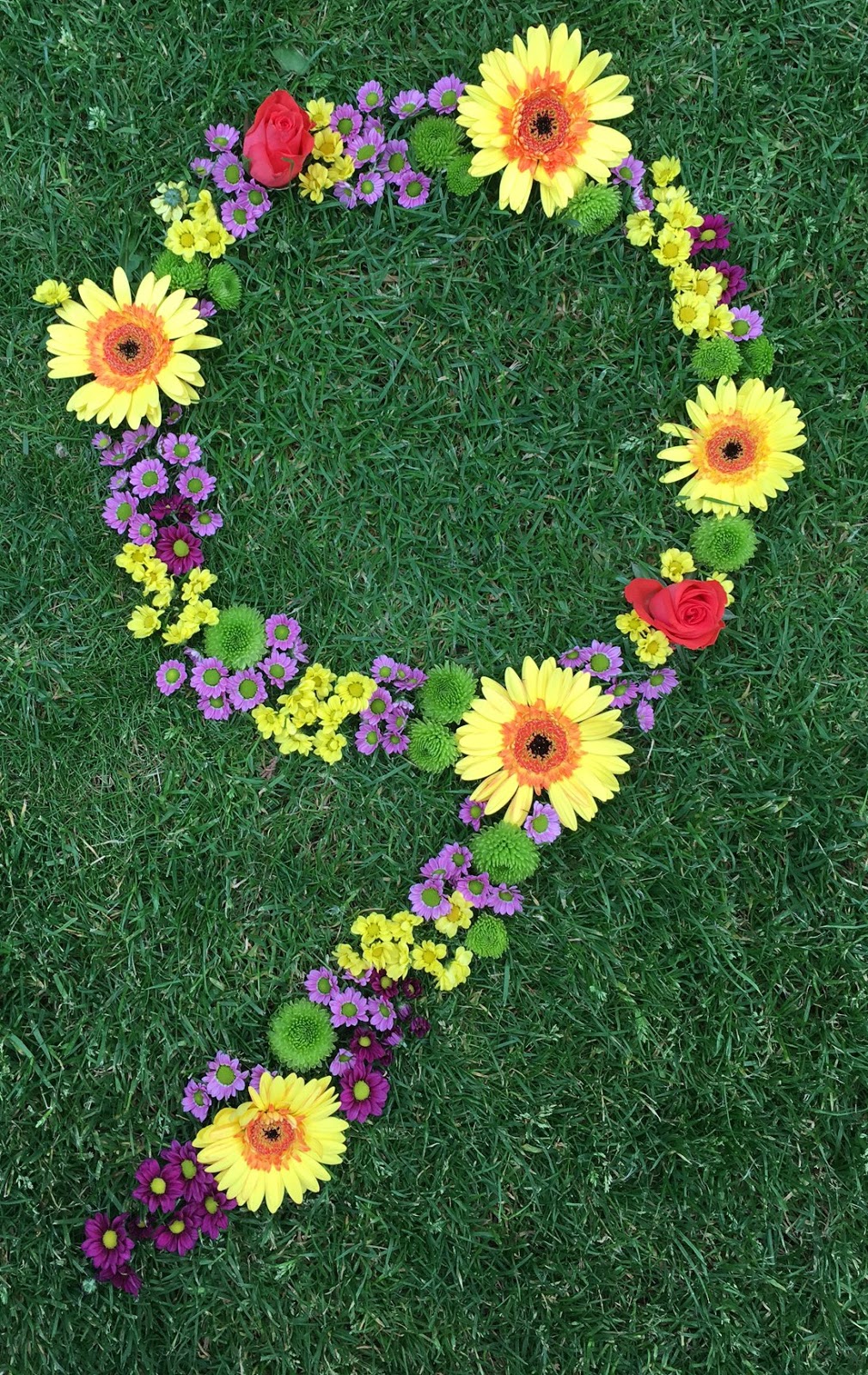 So my little fluffy monkey, here you are at nine months old…

You’ve started making this hilarious Donald Duck face. We’re not sure whether it feels good on your gums or if you’re practicing your face for all that talking you’re bound to do one day, but either way it’s cute and funny. My favourite combination.

You can shake your head to say ‘no’. Right now, it’s quite funny watching you shake your little head at things you either don’t want or don’t want to do, but I’m pretty sure that come your terrible twos this will become a lot less cuter. Can’t wait. 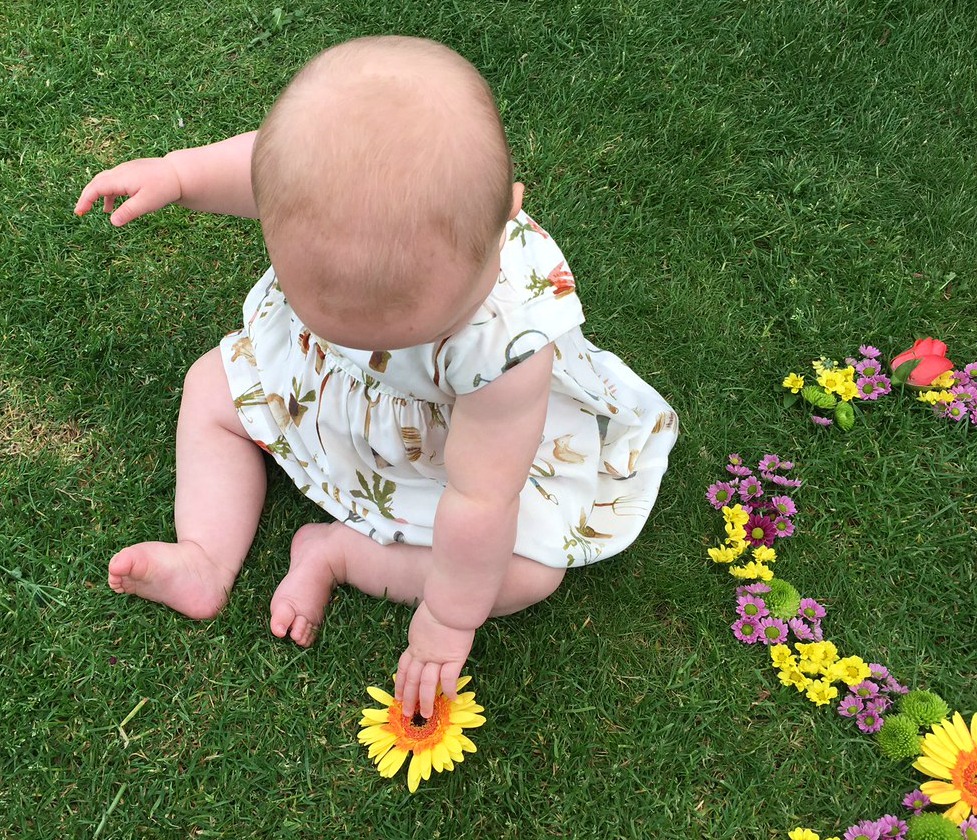 Still not crawling, still not walking. So when you flap your arms we pick you up. Then you nose dive towards the floor which means you want to stand up- with a little help from us of course. It’s like trying to hold a baby seal that just wants to nose dive back into the sea.

We are slowly but surely cracking the hand wave. You usually wave goodbye and have even started to wave hello, although you occasionally still stare whilst we stand there looking like complete loons flapping our hands enthusiastically hoping for a wave back. 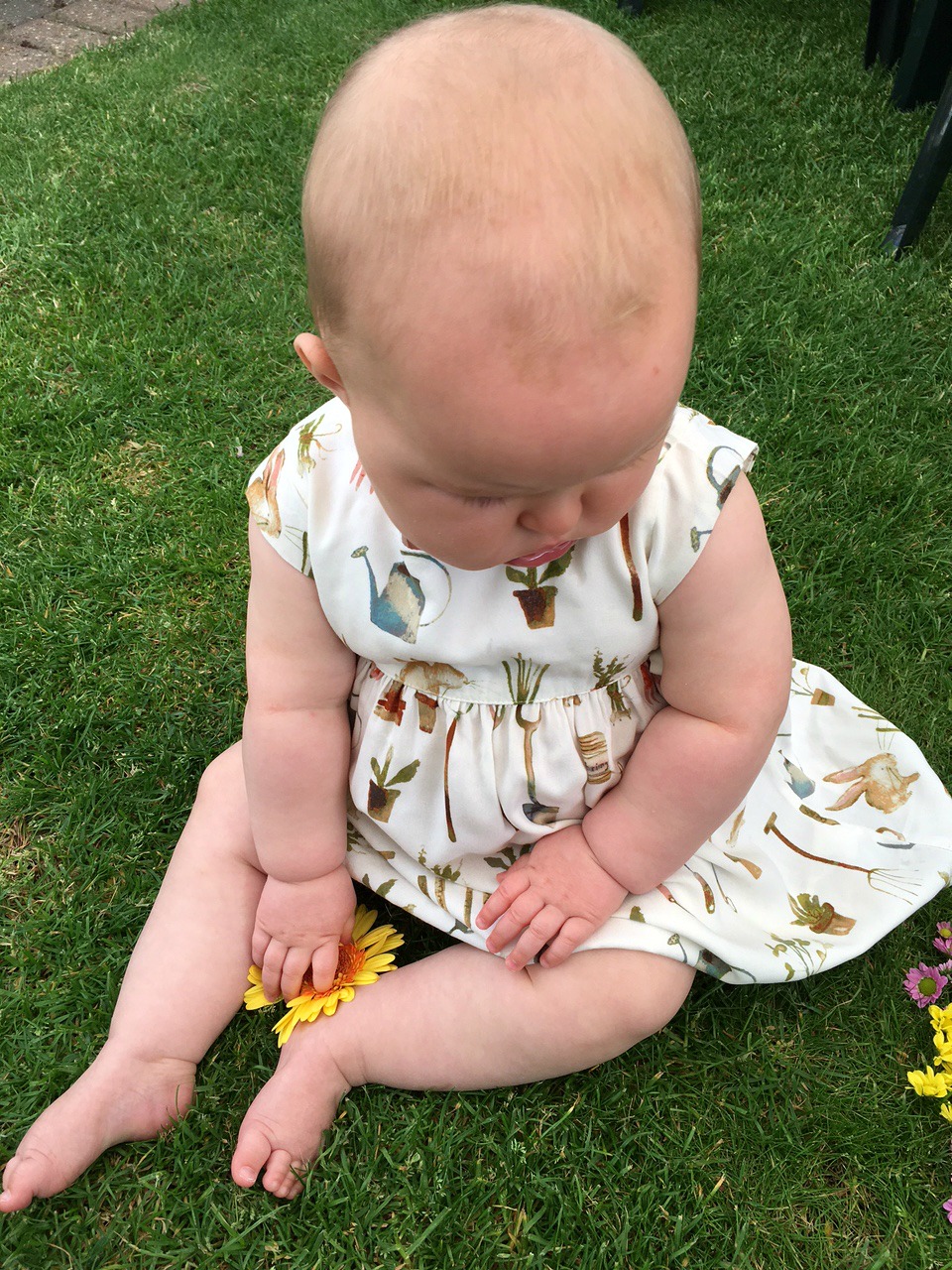 It won’t be long before you clap. This I can’t wait for. I’m expecting a full round of applause on more than one occasion throughout the day when I do something particularly clap-worthy.

You’re attempting to pull yourself up. Something you get a bit frustrated about when you bounce back to the floor. Cue frantic arm flapping for help.

We love your little inquisitive face. The way you pick up things and look in such detail as if figuring out how it works.

You like a zip and shockingly have worked out how to open one or two already, like Mummy’s make up bag. Brilliant.

Yay! You’ve figured out how to put your dummy back in all by yourself, but only during the day. During the night you still persist to scream your little lungs out until one of us rushes in to plug you back in.

We brought you a trolley with wooden bricks in to help with your walking, but you prefer emptying the trolley and putting each and every single brick in your mouth before chucking it and picking up the next one. It’s as if you think the next one will taste better than the last, which of course it doesn’t, even though I’ve told you wood isn’t very yummy. 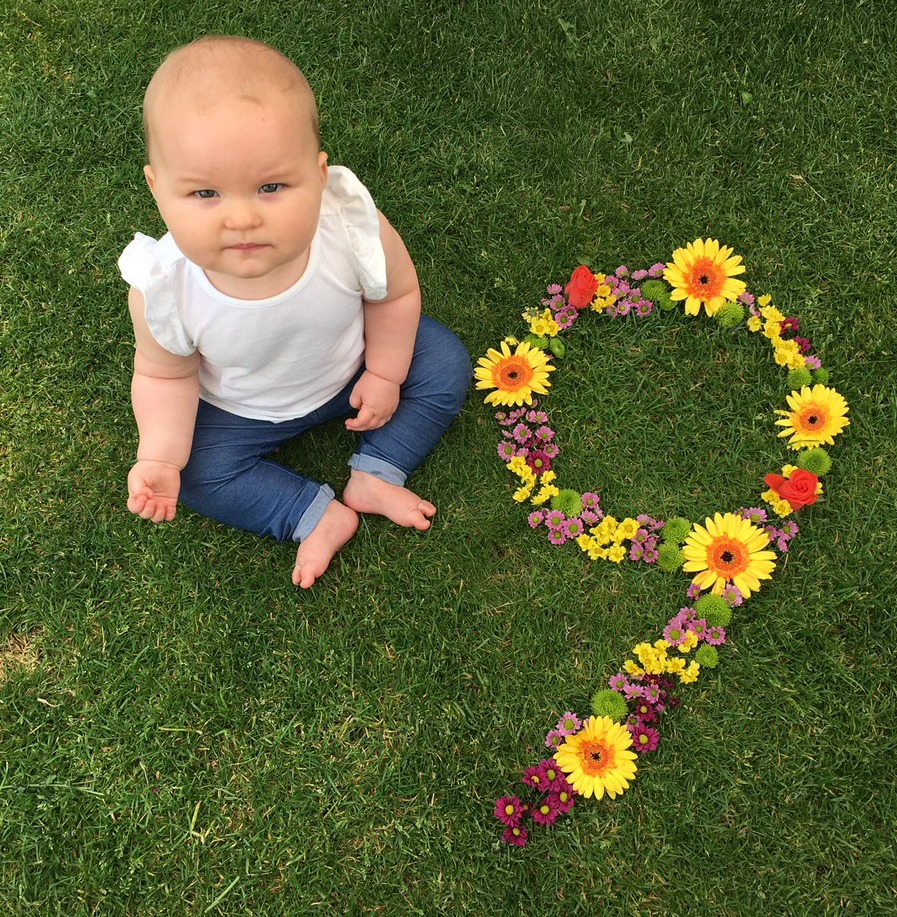 It’s an amazing thing watching you learn and grow into the cutest, although demanding, little person and I’m so proud to be your Mummy. Now if we could just start saying Mummy…