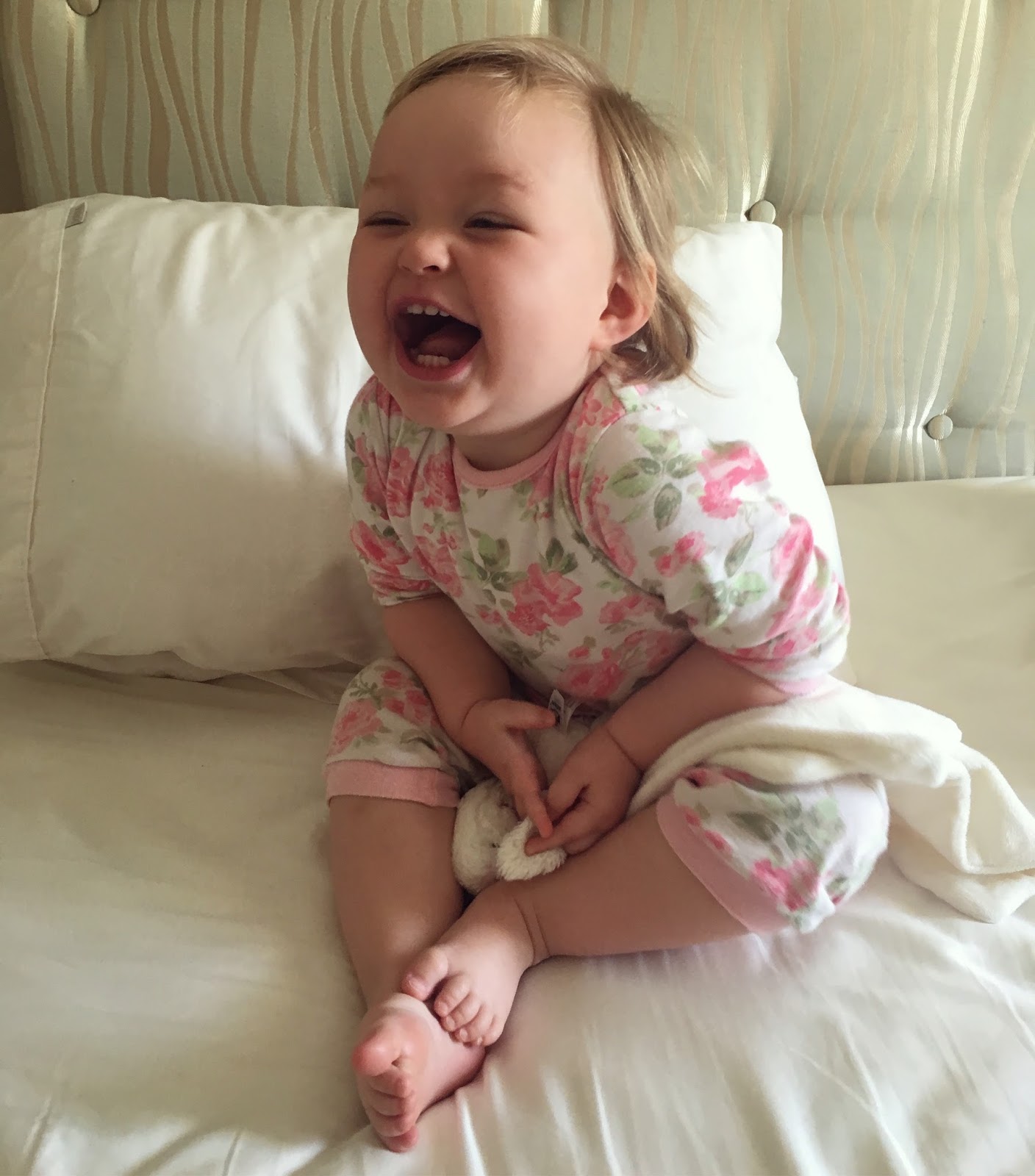 So you made it through the first year in a sleepless blur of winding, milk dilemmas and weaning woes thinking that you’ve finally got this baby lark down when boom! a cocktail sausage comes flying across the room and hits you straight on the boob! The source of flying cocktail sausage has come from your fully fledged toddler who wanted a BabyBel, and not said cocktail sausage, which she’d been given and then lobbed across the room in a raging temper. Goodbye baby days, hello emotionally inept mentally irrational toddler territory!

As if life wasn’t stressful enough already being one big hazard perception test, where you are constantly on edge trying to foresee any potential life endangering threats that your child is seemingly on the hunt for, (seriously when did doors, drawers, steps and windows become such dangerous heart stopping standard household features?) you now have to contend with the fact that you will be playing the longest game of charades and there is no sodding prize for realising that she wants her water in the pink cup, not the purple one before all hell breaks loose. Except of course that your ears might get a 45 second break from the whingeing if you figure this out in time. If not, take cover.

Aside from the mini tantrums, and I”m fully aware that these are due to increase, peak, surprise and test us big time over the course of the next few years, life has altogether just got more amazing. She’s evolving into this wonderful person who keeps us all entertained and laughing every day and I’m constantly having to try and stop and really appreciate the character she is becoming.

She’s now showing us all the love and adoration that we had so long been yearning for throughout those baby days, where all you wanted was a hug back or kiss from her to be reassured that everything you were doing was right on track; That alone is priceless for a new parent. There’s nothing quite like the feeling you get when your baby finally chooses to wrap it’s arms around your neck and hold you so tight like you’re the most important thing in the world to them. It sure does make up for the lack of sleep and ducking from flying objects that have offended her in some way or another. 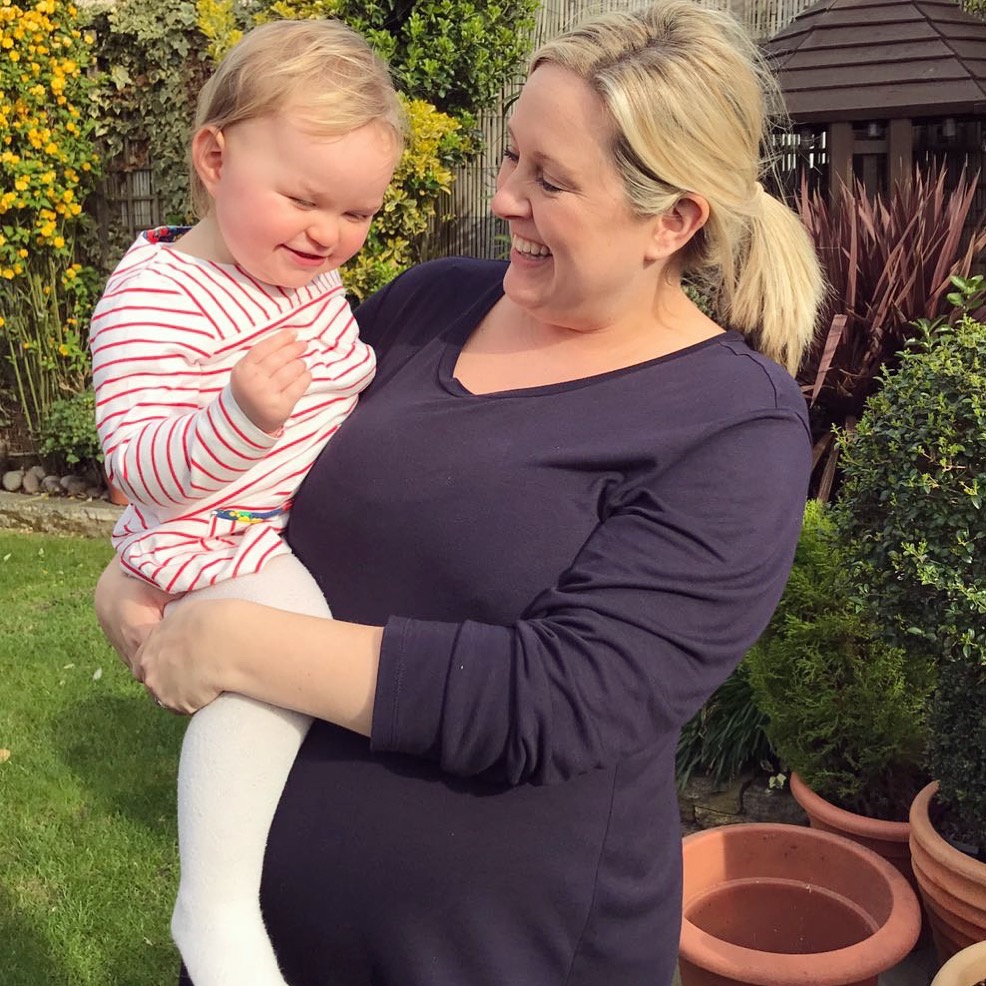 You love telling everyone and anyone who your Mumma and Dadda are which is altogether very lovely and also very much like having a walking, talking name badge.

Your speech is slowly coming on, not helped by the fact that you are growing more attached to your ‘num num’ (dummy) which I’m reluctant to take away just as your sibling is about to arrive. You are also quite fond of watching us frantically guess what it is that you’re actually trying to say or want us to get for you. You have this hilarious range of tones for each word you say and your current favourite words are no (or na), door, iPad, burp, pop, more, bowl, Ed (Sheeran, yep you now say his name) boobies, (which you learnt in the swimming pool and enjoyed repeating very loudly!) oh, and purple.

Purple is your favourite colour. We think it is anyway. Either that or it’s just the only colour you actually like saying despite us constantly correcting you that everything in the world sadly isn’t the colour purple.

To say that you’re obsessed with Peppa Pig is quite an understatement. If your snack isn’t in your Peppa bowl or we try and talk you out of reading the longest blooming ‘Goodnight Peppa’ book before bed you kick off. It’s the only thing you want to watch on TV (which is great in some ways because Mr Tumble is a tad annoying and don’t even get us started on that wet blanket of a rabbit Bing!) But whether we like it or not, it looks as if Peppa will be a permanent feature in our family for quite some time.

You are a whizz on the iPad which is altogether impressive and worrying. You swipe between apps quicker than your Nana can unlock her phone and read one text message. You’re a pro when it comes to putting on your current favourite Ed Sheeran tune (Castle On The Hill) and then flick between puzzles which you’ve aced with ease before searching YouTube and watching endless Peppa Pig episodes. We then have the dilemma of tearing you away from it so that your eyes can have a break which is always fun. There have been a few concerning encounters when you’ve been watching grown men pretend to be Peppa Pig characters and there was a close call when you almost ordered a seductive cowgirl costume on Amazon. Apart from that you’re pretty much destined to be a technical genius before the age of two. 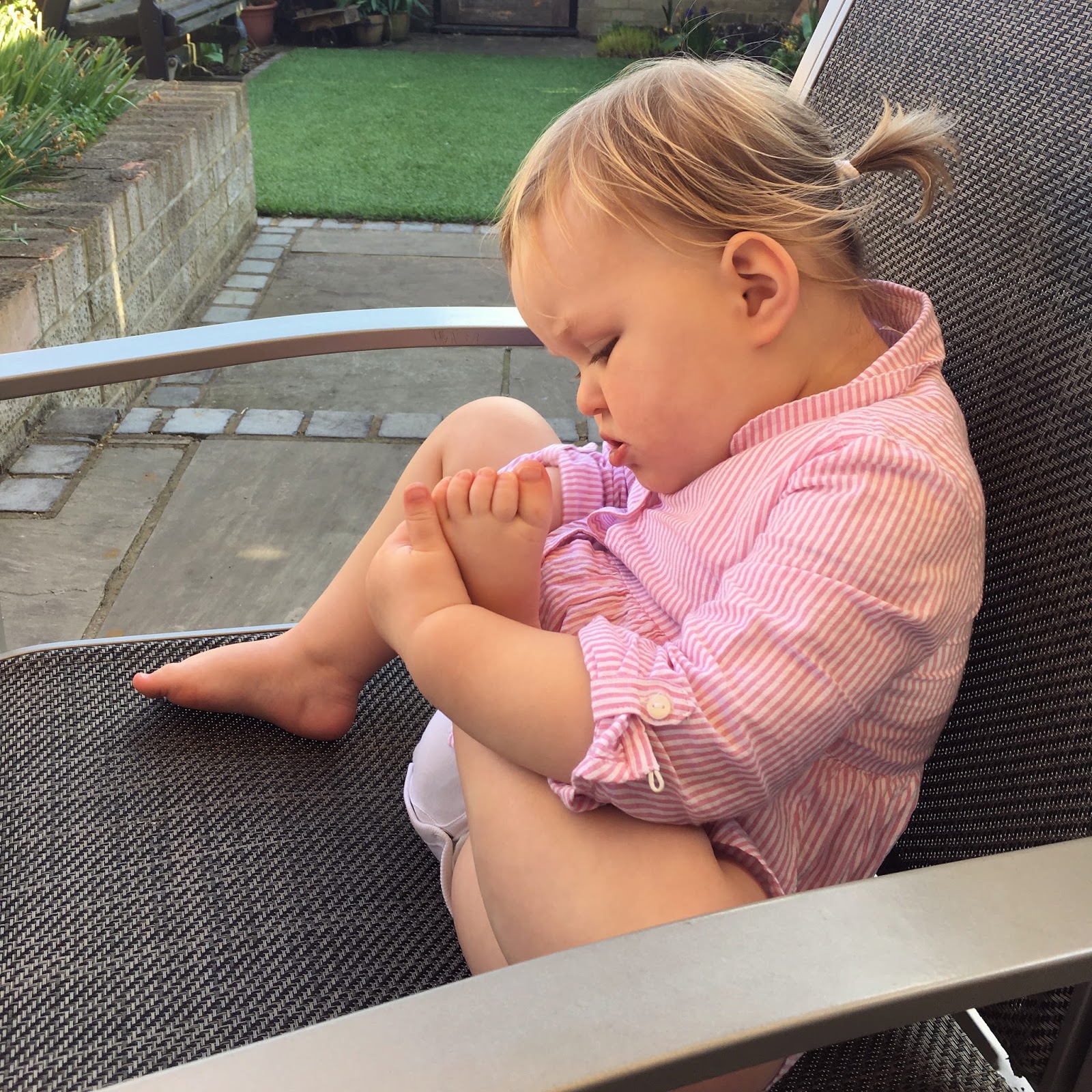 You’re brilliant at hiding. Honestly, when you don’t want to do something, like have your nappy changed, you run to the other side of the room whispering ‘hide’ with your hands over your face, eyes peeping through your fingers, and it’s as if you’ve disappeared. You clever thing!

The head butt is an occasional reaction of yours when life just isn’t going your way. As in your welly boot just isn’t playing ball and slipping onto your foot as you would like or you’ve been given the wrong snack because we aren’t mind readers and we failed to guess the right snack you were after in time. Silly us. 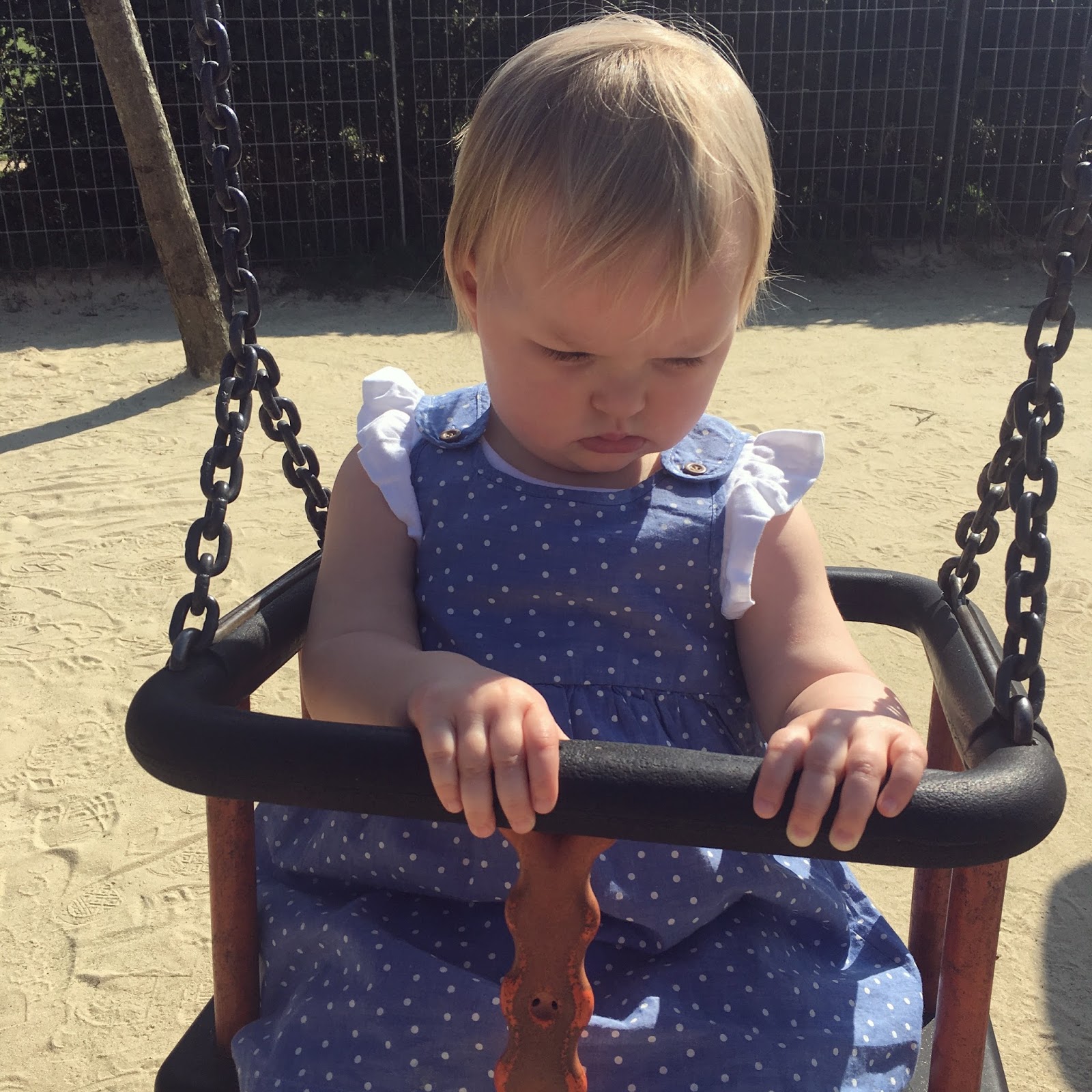 You hate the swings. While every other sprog is laughing with glee at being pushed backwards and forwards through the air, you sit there with an expression that resembles that of being put on the naughty step.

You are a little fiery and in some ways we love this about you. You know what you want and what you don’t, but you also listen when we explain to why you can’t do certain things and you usually swiftly move on.

You embrace the world around you and we love watching you take everything in with your wise eyes. Life is a game and you get so much joy out of learning, playing, entertaining and just being with others. You don’t like being alone and that’s OK because we all adore having you with us.

You give the best hugs and the worst kisses- which mainly involves biting our noses. We’ve started to teach you how to give ‘bunny kisses’ with our noses to encourage you not to take keep trying to take a chunk out of our faces and so far that seems to be working.

You are an absolute joy to be around and even though your sleeping is still as unpredictable as ever, you inject so much fun and light into each and every single day. Your Dadda and I always end each day re-telling stories from things you’ve done or said or learnt from that day. We sit and scroll through photographs and videos that the other might have missed, beaming with so much pride and love for you darling girl that I wonder if it’s possible for hearts to actually burst. Thank you for being you. Thank you for being ours and thank you for continuing to teach us how to love unconditionally and wholeheartedly. You will always be by far our greatest achievement. Now if you would just try and sleep through the night that would make life even better…!