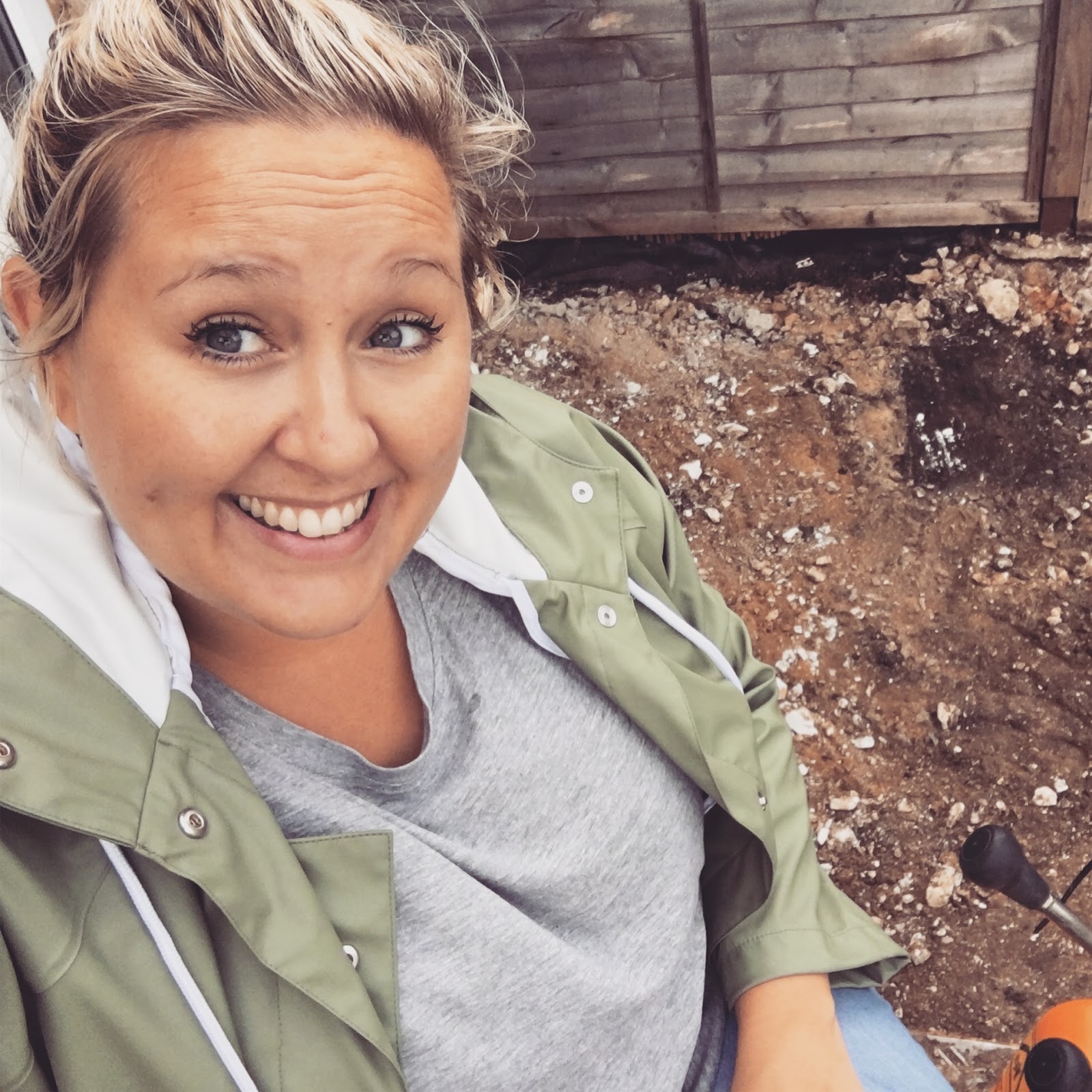 The one thing that probably swayed me the most when deciding to put an offer on the house was the moment we discussed the idea of building an extension onto the back of it. I’ve always dreamed of having a kitchen that could be the heart of the house. The place where we could socialise with family and friends over food and drinks. Space where, as a family, we would make plans, chat about our days and share a heart to heart over tea, biscuits, and hugs.

A good-sized family kitchen is the dream. So we decided to go for it.

You know those families on Grand Designs? Who you see a year later and they are still sitting on a building site, looking tired, stressed and are eating dried beans because their project is bleeding them dry. Well, that’s us. Ok, so it’s not really us. We’re not really living off beans…just yet, but the rest is definitely us. The only difference here is we don’t have some know-it-all property expert giving us advice and telling us that we were being a tad optimistic about the budget and our six-month project in the first place.

Looking back now we could never really afford this dream kitchen. We’ve spent months torturing ourselves about this decision. How naive we were as to how long it would take to build. Realising too late what a huge impact it would have on getting the rest of the house renovated. How unrealistic we were in terms of how much it would cost us: financially, mentally and physically. If we hadn’t decided to go ahead with this extension then we would have definitely been comfortably living in the house by now, minus a ton of grey hairs and stress-related wrinkles that’s for sure.

Coulda, Woulda, Shouldas behind us, one thing is for sure, our dream kitchen is almost finished. Almost!  So as it’s the main part of our renovation project I thought I would share this first. 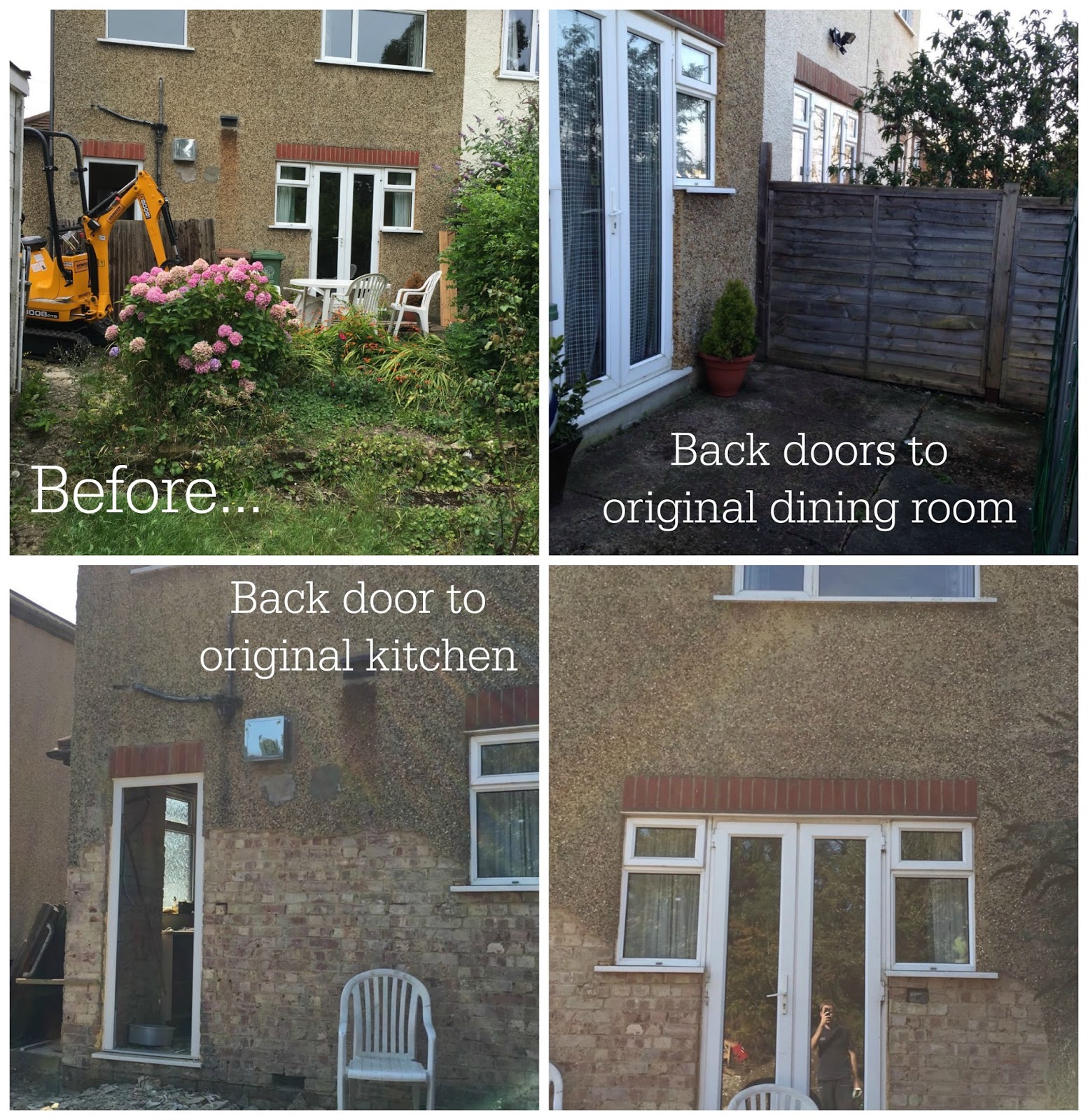 The extension is where all the fun began. Whilst we waited for our plans to be drawn up and sent to the council for approval, the Hubster hired a digger and spent one long weekend last summer, (yep, last summer) flattening our overgrown garden to become a make-shift builders yard for the mammoth project about to begin. Then began the task of digging the foundations in preparation for the extension. 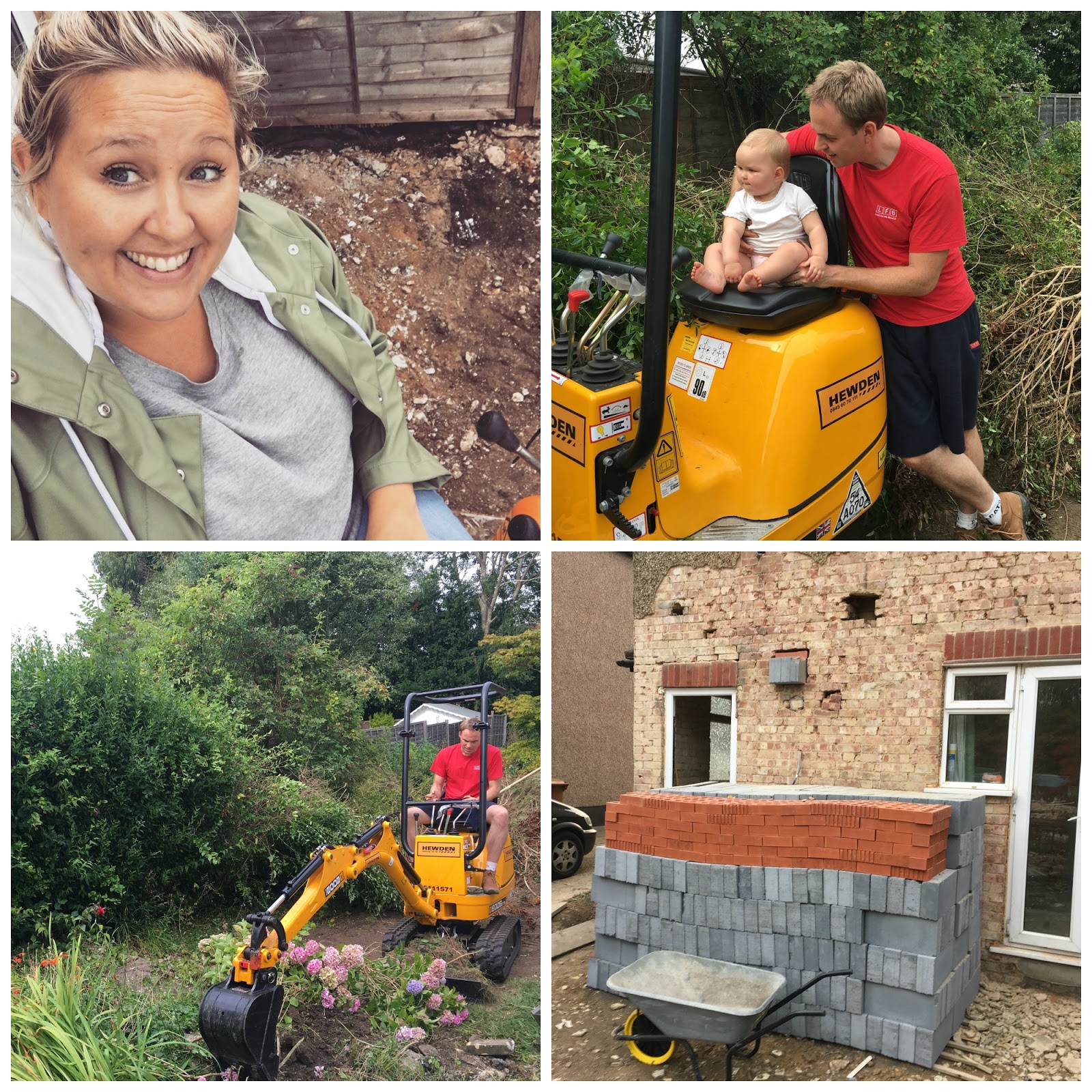 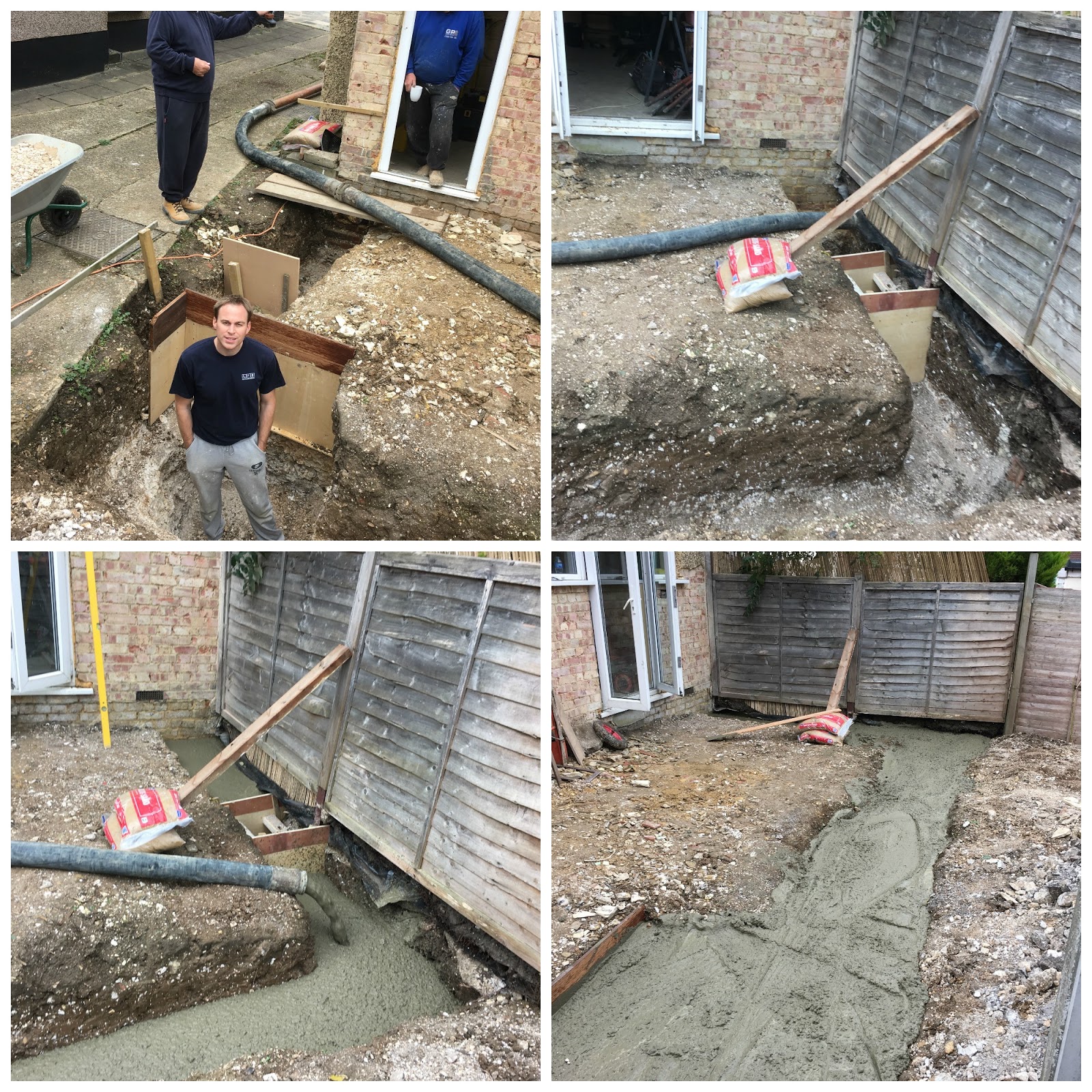 Once the foundations were completed and approved by the council, work could begin on the structure of the extension. 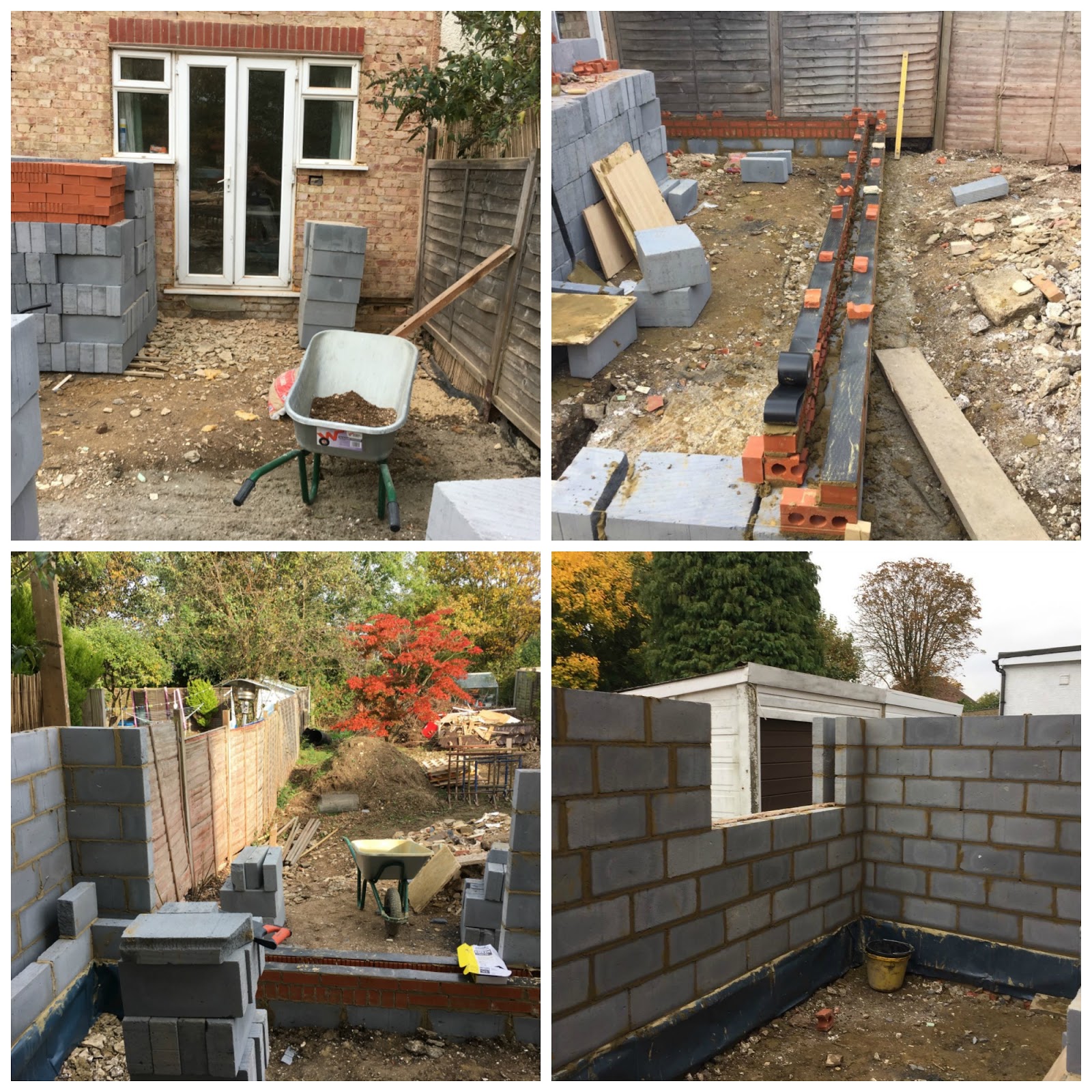 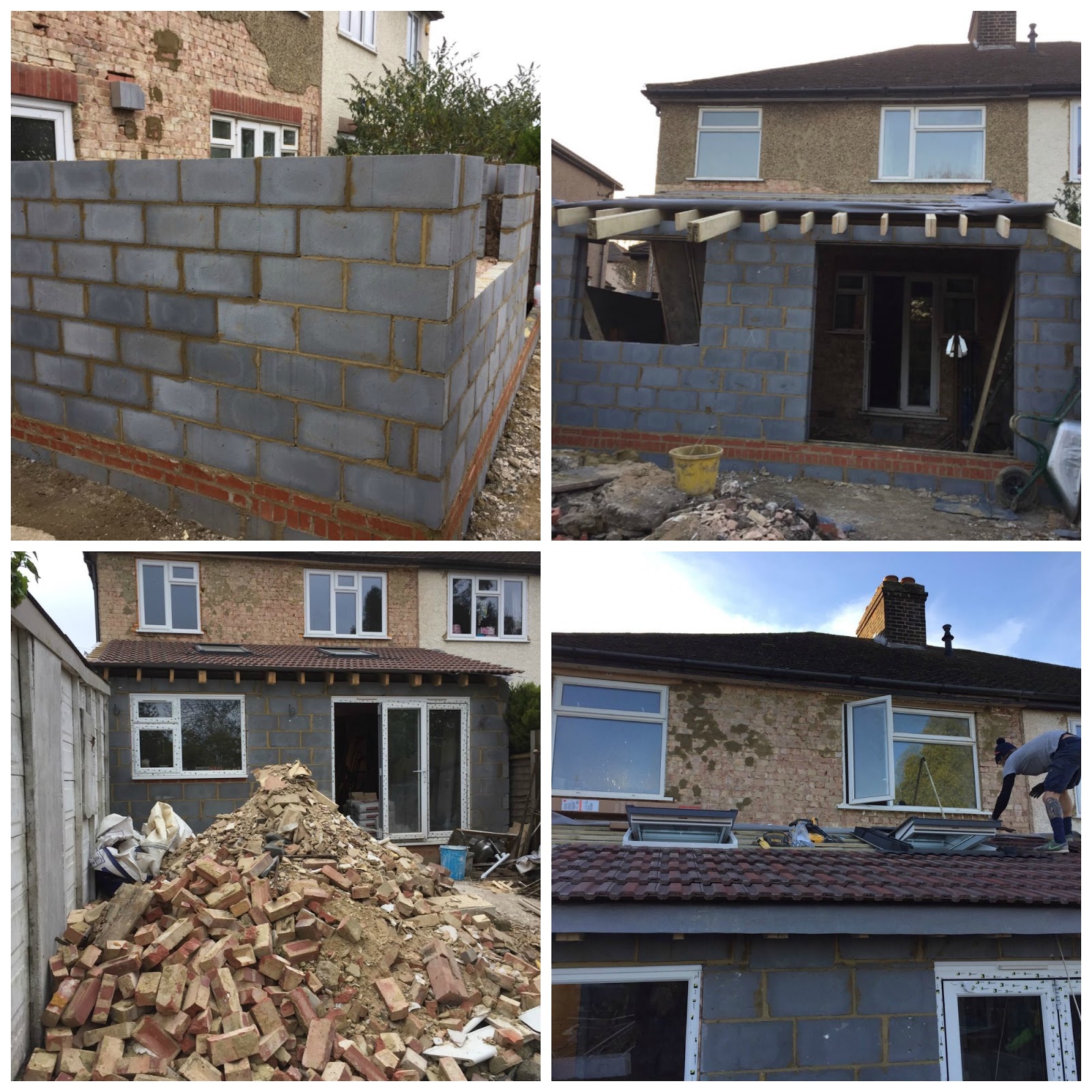 As soon as the extension exterior and roof were complete, with a kitchen window, bi-fold doors and two Velux roof windows, work could then commence on the inside of the building. The original back kitchen door was knocked down and moved across to provide access to the utility room from the new kitchen. The original back garden doors could then be removed and steels were put in place to create a wider open planned space from the kitchen area through to the dining area. 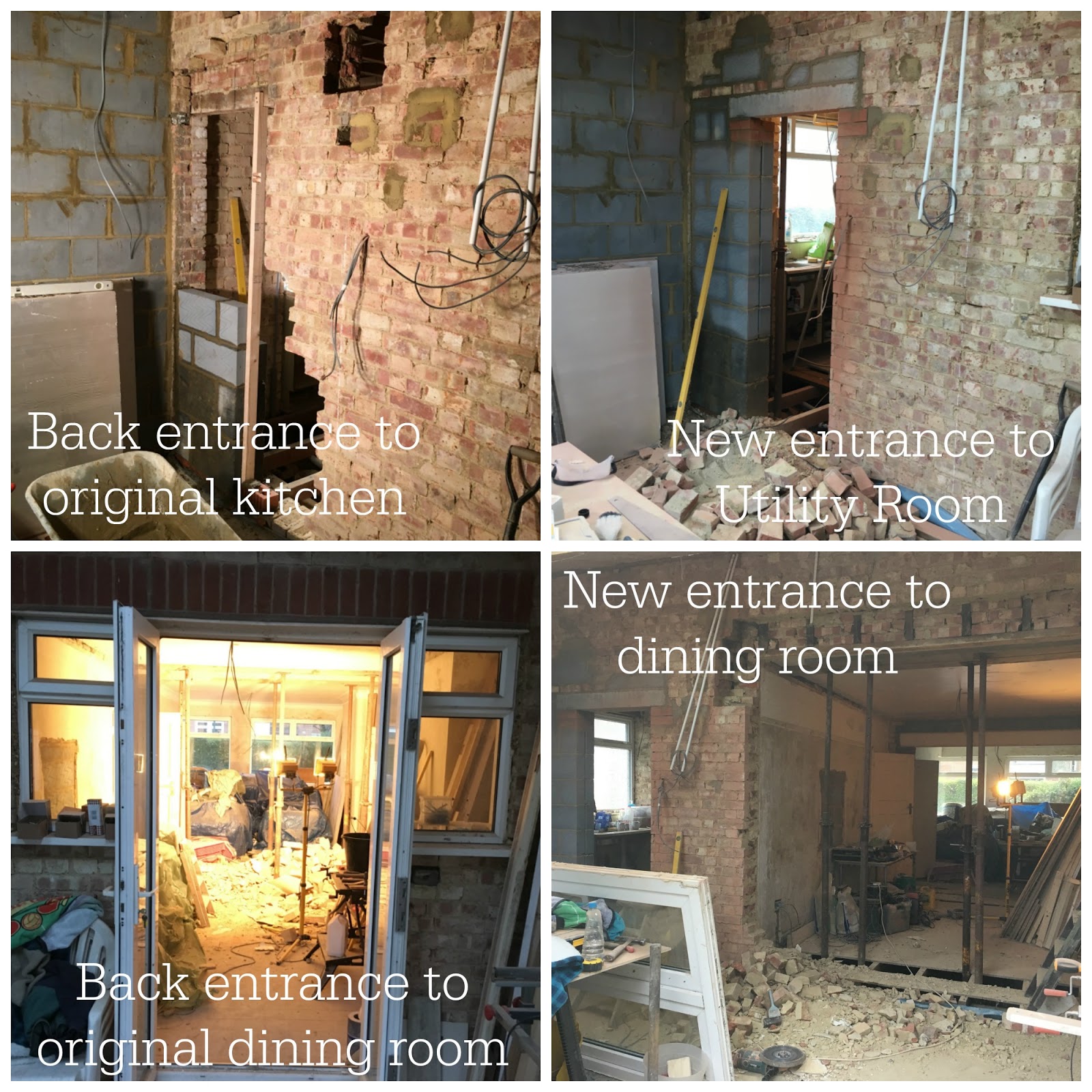 Once these inside renovations were complete then work began on the walls and the floor of the extension. I appreciate that a lot more went into this process. But for the sake of keeping people interested, as I myself am beyond bored about talking about pipes and electrics, I’m skipping all that faff and going straight to the part where the walls were plastered. As that part was way more exciting. 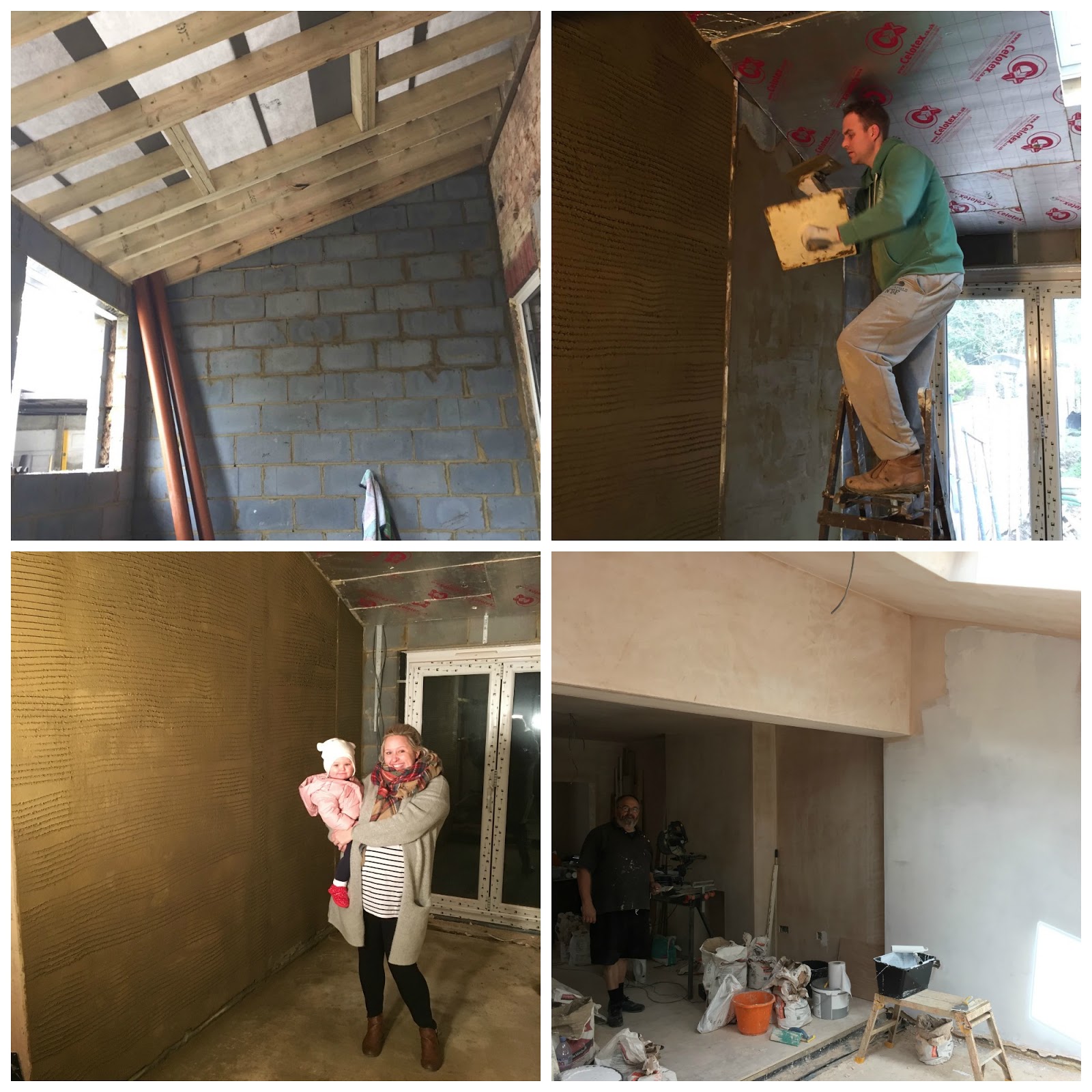 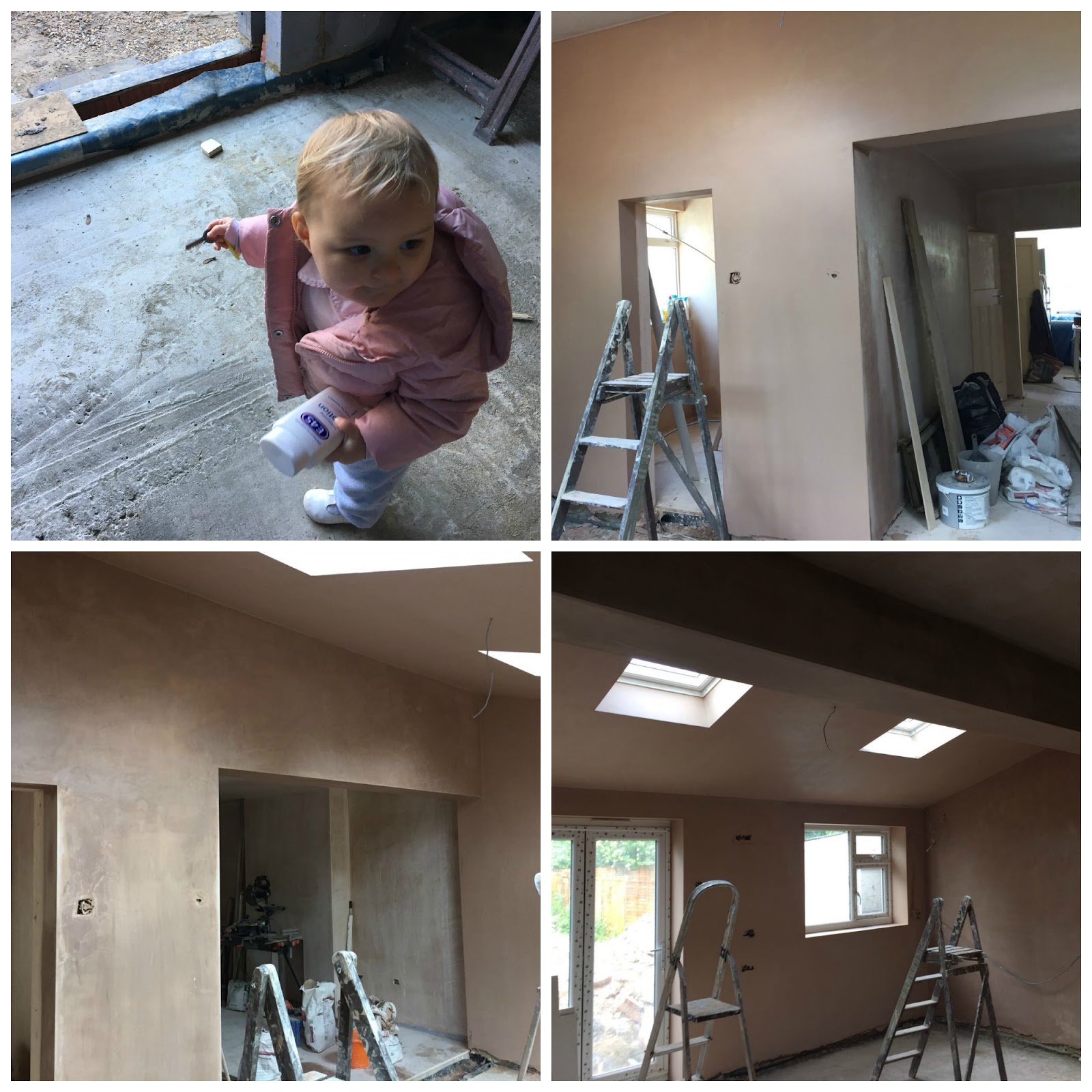 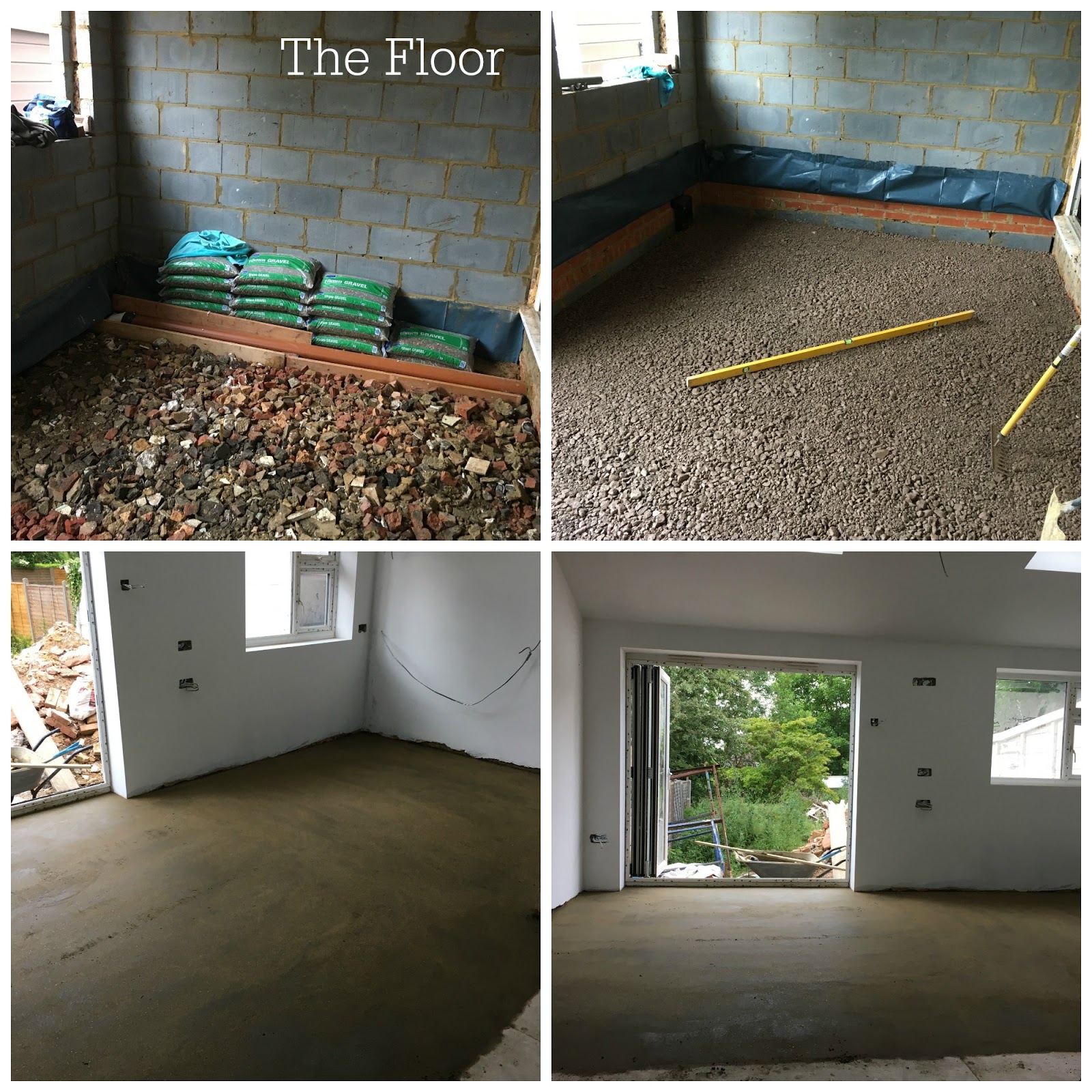 Ahh, the kitchen. The long awaited kitchen.  I’m planning to do a full post on the kitchen as soon as it is completed. After all, the kitchen is the whole reason why we are not yet living in the house and it’s the reason why we have aged about twenty years over the past year. It’s almost done and we are finally at a point where we can say that we will be moving in a matter of weeks. Not months now, weeks, but this all depends on our kitchen being completed. So in the meantime, here’s a sneak peek at its work in progress! 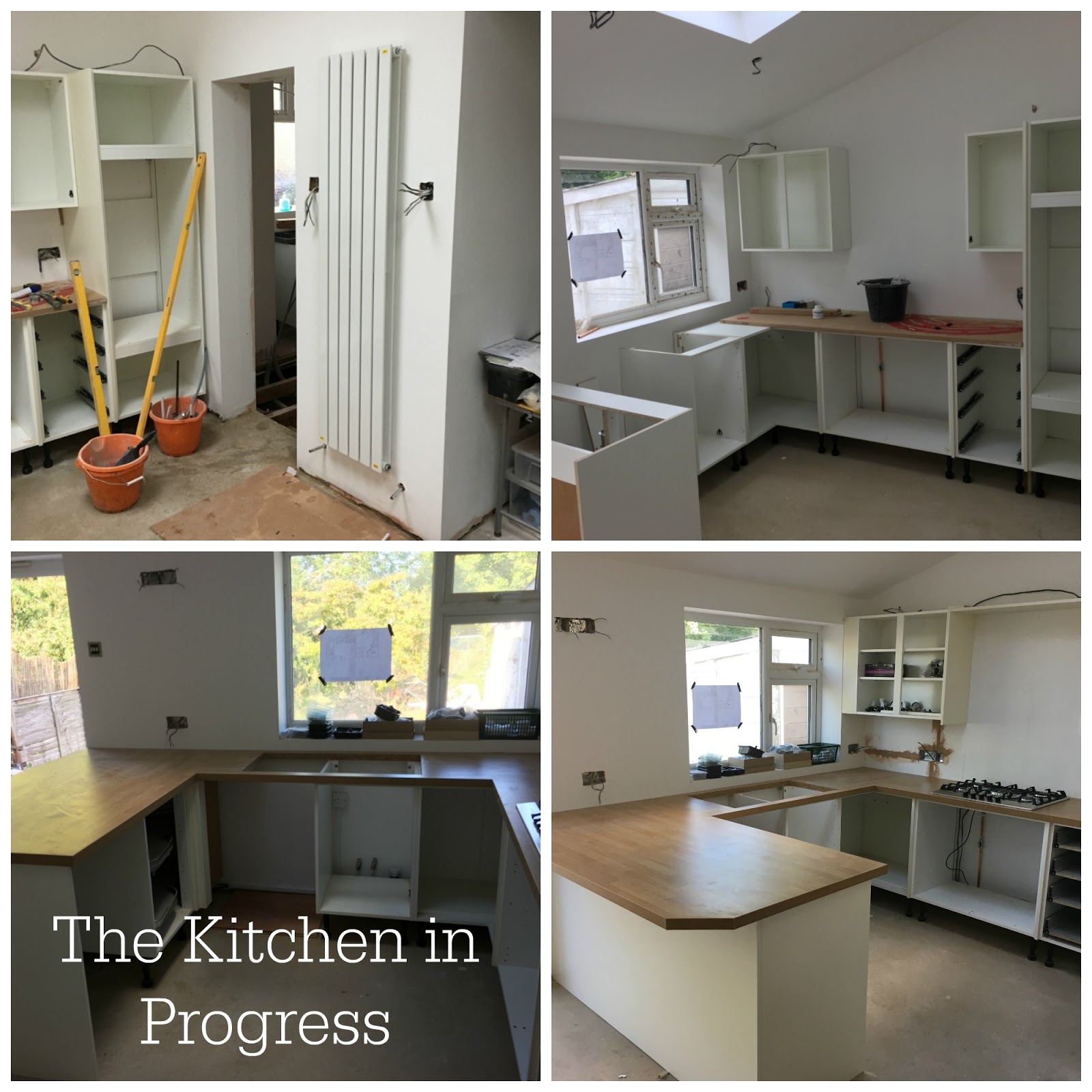 It’s been a very long road to building our home, but we’re nearly there. All of which you can read about in Part One of Our Renovation Project.